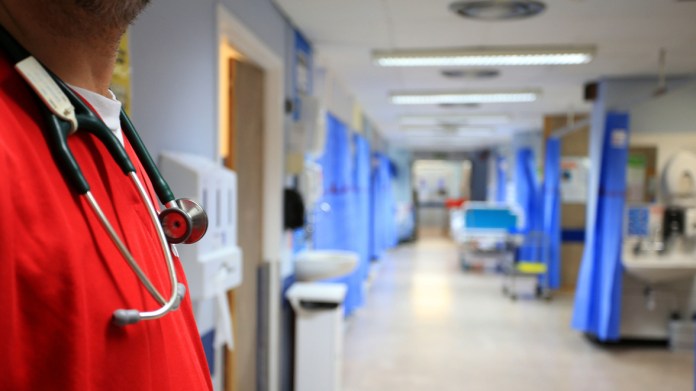 How the easing of the hard lockdown with its strict rules in Germany at Christmas affect the number of new infections and deaths, we’ll see in ten to 14 days. That was roughly the time window that Virologists like Christian Drosten before the start of the hard lockdown in mid-December to assess the effectiveness of the measures taken. Today is tenth day of tough lockdown. And so far the corona numbers in Germany have not yet fallen significantly – this is particularly evident in the comparisons with the days of the previous week. On Wednesday, “Zeit Online” reported that for the 20th day in a row, the number of cases had exceeded those of the day in the previous week.

Corona numbers in Germany: What are the effects of easing at Christmas and possible mutations?

And what worries politicians, medical professionals and scientists in particular, are two things: the steadily increasing number of deaths related to the coronavirus – a new record was set on Wednesday; and the Corona mutation, which is rampant in England and South Africa, which is considered more contagious and which, according to Drosten, could have already arrived in Germany.

Despite all the joy about the easing of Christmas, the Corona numbers in Germany are still today, on December 25th, 2020. How high are they according to the information provided by the RKI? And how high are they compared to the Friday of the previous week, Friday, December 18, 2020?

Corona numbers for Germany according to the RKI dashboard today: Current case numbers and new infections on December 25, 2020

How many New infections is there? How many people are related to Corona died? And how high is the 7-dayIncidence? In his Dashboard gives the RKI the current case numbersn known every day.

However, the figures are only partially comparable with the values ​​of the previous week. The RKI expected one during the holidays fewer tests and with fewer reports from the health authorities.

The Robert Koch Institute sees itself as “the Public Health Institute for Germany” according to its own information on its homepage. The primary task is to protect the population in the Federal Republic from diseases and to improve their state of health. This is what 1100 people from 90 different professions work and research together every day at the RKI.

In times of Corona-Pandemie delivers that RKI in his Dashboard the current case numbers every day – for the entire Federal Republic, the federal states, but also the districts below. Click here for the RKI dashboard.

Corona in Germany: The number of patients in intensive care units is steadily increasing

The number of patients in intensive care units and deaths had recently tended to rise, which was expected after the steep increase in new infections. The German Interdisciplinary Association for Intensive Care and Emergency Medicine (Divi) expects that the lockdown will only lead to falling deaths after weeks due to the time from infection to possible death. The total number of people who died with or with a proven infection with Sars-CoV-2 has now risen to more than 28,000.

Video
The Corona year 2020 in Germany – a look back

Current survey: Two thirds of Germans want to be vaccinated

On Sunday, December 27th, 2020, the Corona vaccinations Also in Germany. According to a recent poll, around two thirds of the people in the country want to be vaccinated. A Impfquote 60 to 70 percent is important for the fight against the virus to be successful.

Corona deaths in Germany: Record number of deaths according to the RKI on Wednesday

On Wednesday, the corona pandemic in Germany reached another sad peak in the number of deaths related to corona. Within one day, the German health authorities sent the Robert Koch Institute 962 people who died with or from Corona, according to the RKI figures.

Corona in Germany: Government is checking compulsory vaccination for the Bundeswehr

Farmer is looking for a wife: Antonia is insulted on the...