Chancellor Angela Merkel (CDU) believes that decisions on further measures are necessary before Christmas in view of the persistently high number of corona infections. At the moment she is talking too much about mulled wine stands and too little about the nurses and nurses who have to work under high pressure and with great commitment in the intensive care units and in the nursing homes, said Merkel on Monday, according to participants in a video session of the Union faction. With the measures taken so far, one cannot get down from the stagnating number of infections at a level that is far too high, Merkel said further. That means that you will not be able to get through the winter without additional measures.

At the same time, it is becoming apparent that large parts of the population will have to wait many months for a vaccination and that only a gradual relaxation of the situation can be expected from this side. This can be derived from the draft recommendation of the Standing Vaccination Commission (Stiko), on the basis of which the Ministry of Health is to determine a sequence of immunizations.

According to the draft presented on Monday, on which the medical societies can comment until Thursday, the population group to be vaccinated first comprises around 8.6 million people. For January, however, Health Minister Jens Spahn initially expects only three million vaccine doses available, which would be enough for 1.5 million people because of the need to vaccinate twice.

The calculation of the vaccination experts shows that the deaths and the number of Covid-19 patients who have to be hospitalized fall the most when it is primarily older people over 80 who are vaccinated. In addition, the residents of retirement homes also have a “very high” vaccination priority, as do the nurses in outpatient and inpatient care for the elderly. Among the medical staff, those in the group with the highest vaccination priority who care for Covid-19 patients or work in the emergency room, as well as all those who work closely with particularly vulnerable groups – such as transplant patients.

The Robert Koch Institute reported 12,332 new infections on Monday. The value was around 1000 cases above last Monday. It was already apparent last week that the values ​​would rise again. On Sunday, Mecklenburg-Western Pomerania and Schleswig-Holstein were the last to exceed the so-called incidence value of 50 infections per 100,000 inhabitants in seven days. Government spokesman Steffen Seibert called it “a matter of course and also necessary” that individual countries are now considering further measures to curb the infection rate. He praised the Bavarian plan as “right and good” to “tighten again significantly” in so-called hotspots with an incidence of over 200.

The situation in Saxony remains particularly tense. Prime Minister Michael Kretschmer (CDU) wants to discuss further measures with his cabinet on Tuesday. In this context, he again mentioned schools and kindergartens, but the rules for visits to retirement and nursing homes could also change. On Monday, the CDU-led Jamaica coalition wanted to advise in Kiel “whether the measures currently in force nationwide should be sufficient or adapted,” said Health Minister Heiner Garg (FDP). In Hamburg, the First Mayor Peter Tschentscher (SPD) hopes “that we can continue our strategy and not have to take new measures”.

Other countries, including Berlin, had previously decided not to make any easing or to reduce it for Christmas. Others such as Baden-Württemberg had already ordered night curfews and events in so-called hotspots were banned. This is currently the case in three cities in the southwest.

The North Rhine-Westphalian Health Minister Karl-Josef Laumann said: “If the overall situation does not improve in the near future, an even more restrictive approach appears necessary nationwide in order to reduce the number of new infections more clearly everywhere.”

2021: These trends will shape companies

Hidden in your FritzBox: Ingenious functions that you should definitely know 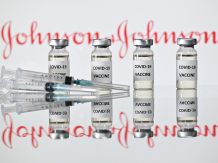 Data and facts about the U20 World Cup – isolation, no...