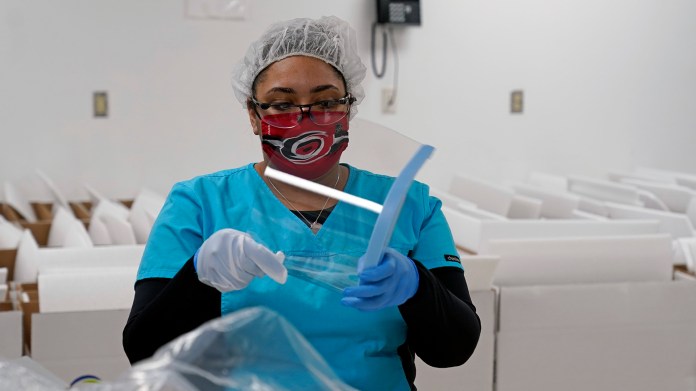 Corona pandemic in the USA: More than 217,000 new infections in one day | tagesschau.de

There have never been so many corona deaths and new infections within 24 hours in the USA – possibly a result of Thanksgiving. California tightened the requirements and imposed curfews in some cases.

In the USA, the number of new corona infections has reached a new high. On Thursday, 217,664 new cases were recorded within 24 hours, according to data from Johns Hopkins University (JHU). The highest value so far was registered on Friday a week ago with around 205,000 new cases.

The number of deaths reported within one day also reached a new high. 2879 deaths with a confirmed coronavirus infection were recorded on Thursday. The highest value so far had only been registered the day before with 2804 deaths.

After the Thanksgiving holiday last week, experts had expected a nationwide increase in infections. The CDC health authority had strongly advised against family visits and travel in advance. However, many people did not adhere to it.

In the most populous state of California, tougher measures are expected to help fight the pandemic. For example, exit restrictions and other requirements are being tightened in regions with the threat of overcrowding in intensive care units.

In total, more than 13.9 million people have been infected with the corona virus in the country with around 330 million inhabitants. Since the pandemic began, more than 273,000 people have died from the Sars-CoV-2 pathogen. In absolute terms, that’s more than in any other country in the world.

The Johns Hopkins website is updated regularly and therefore shows a higher level than the official figures from the World Health Organization. In some cases the numbers are updated afterwards. The JHU had already reported more than 3,000 deaths for one day for Wednesday, but subsequently corrected this value downwards.

This article was printed out at the address:
www.tagesschau.de/ausland/usa-corona-143.html

FC Bayern: Turn around with David Alaba! But no offer...

The launch trailer for the upcoming action title

The “crime scene” as a TV cult: Sunday ritual with murder...

Donald Trump: These are the consequences of his call to manipulate...