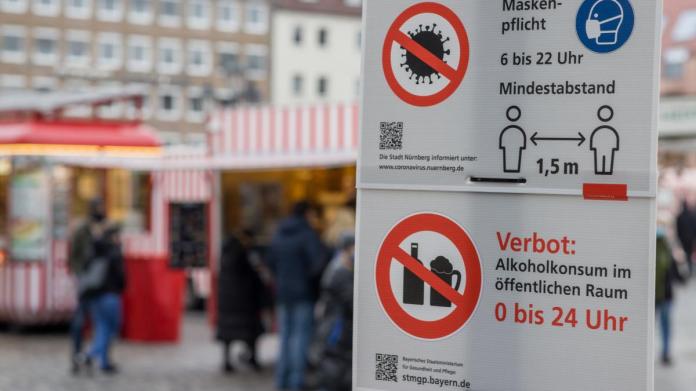 Lockdown from Wednesday – the federal and state governments decided today

In the pandemic, the federal and state governments are now taking tough action. Far-reaching restrictions for retail and schools will apply from Wednesday. Fireworks on New Year’s Eve were also rethought – the decisions in the overview.

WBecause of the increasing number of corona infections, people in Germany will have to be prepared for a hard lockdown in the coming week. The Prime Ministers decided on Sunday morning with Chancellor Angela Merkel (CDU) in a video conference to significantly tighten the applicable rules.

Also to the Schools and daycare centers the contacts should be “significantly restricted”. Schools are generally closed from Wednesday, emergency care and distance learning would be offered. Separate regulations may apply to graduating classes. How this is actually implemented depends on the regulations of the federal states and municipalities. In addition, “additional opportunities” should be created so that parents can take paid leave.

Consumption of alcoholic beverages in public space is forbidden during the same period, violations will be fined. The sale of food and beverages away from home remains permitted, but consumption on site is prohibited in order to avoid the gathering of people in front of facilities as in the past few days (“mulled wine hopping”).

The “general” sale of pyrotechnics before New Years Eve. Igniting fireworks is not recommended, but it is only forbidden in “public places” that are to be determined by the municipalities. At the New Years Eve and New Years Day In addition, a nationwide ban on meeting people is being implemented. Bavaria’s Prime Minister Markus Söder (CSU) spoke of a “de facto firecracker ban”.

Private meetings remain limited to two households and a maximum of five people, children up to 14 years are excluded. This limit will be increased from December 24th to 26th. It is then allowed to meet four other people beyond your own household from close relatives, i.e. “in a straight line” and life partner.

Church services in churches, synagogues, mosques and meetings of other religious communities remain possible “under strict conditions”. The minimum distance of 1.5 meters must be observed, and a mask is required. You have to register in advance for meetings at which a larger number of visitors is expected. In Retirement and nursing homes compulsory tests are introduced. The tests should take place “several times a week”, said Chancellor Merkel (CDU). The old people’s and nursing homes required special attention.

New infections at a high level

The background to the tightened measures is the very high number of infections: The Robert Koch Institute reported 20,200 new infections on Sunday. That is 2433 more than a week ago. Another 321 people died of or with the virus. According to the RKI, the seven-day incidence rose further to 169.1 and is thus increasingly distant from the target value of 50 that the federal and state governments are striving for. The value indicates how many people per 100,000 inhabitants in Germany are newly infected within seven days.

The Federal Chancellor and the state leaders plan to discuss again on January 5, 2021 and then decide on the measures from January 11.

Health Senator at the start of vaccination: “Day of Hope” –... 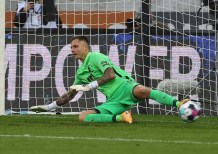