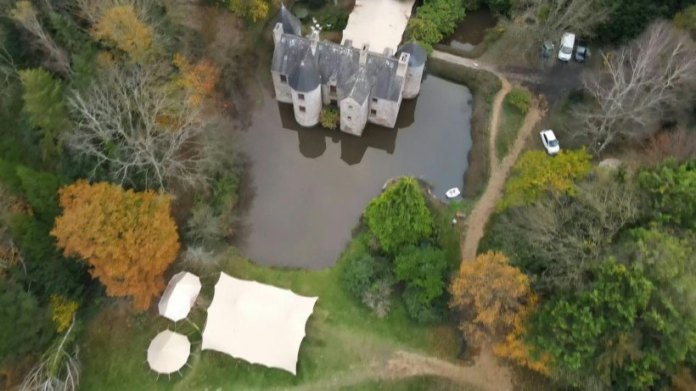 British tourists in Switzerland have to be in a ten-day quarantine – in Verbier, those who traveled did not put up with the measure.

Verbier. In the Switzerland Hundreds of Brits resisted the ordered quarantine shortly after their arrival and instead left in secret. Before Christmas, 420 guests from Great Britain, including Swiss living there, were registered in Verbier. Around 50 left the country immediately. Of the 370 others, fewer than a dozen were still there on Sunday.

As Jean-Marc Sandoz, spokesman for the municipality of Bagnes, reported to the German press agency on Sunday, hoteliers in the ski resort of Verbier in the canton of Valais were on the run Tourists noticed because breakfast trays placed in front of the room doors had not been touched.

Britons who had fled from quarantine reported from France

“We understand their anger,” Sandoz himself criticized the sudden one Quarantine obligation for those arriving from Great Britain. “Families with small children were suddenly stuck in an area of ​​20 square meters,” said Sandoz. “That was unbearable.” The communities had received no help to implement the regulations.

Some of the departing guests reported from France. In the neighboring country, the ski stations are closed – but it is British tourists at least allowed to be outside in the fresh air. The municipal administration initially tried to arrange return flights for the guests, but when it was clear that only those who had demonstrably completed ten days of quarantine were allowed to board, those affected waved off.

The flights from the UK were only stopped on February 20. However, due to a new arrangement, all have had to December 14th Arrivals in quarantine retrospectively for ten days from the date of arrival. According to the authorities, there have been 92 flights from the UK with an estimated 10,000 people on board since December 14. According to Sandoz, many of them were returning Swiss who could not be found in the ski stations.

Traditionally, around a fifth of the tourists in Verbier come from Great Britain – that’s why the 9,000-inhabitant town suddenly became more apparent Corona-Hotspot decried. “Many Swiss then canceled their vacation,” said Sandoz. At the moment, the hotels only have an occupancy rate of 30 to 40 percent – Verbier normally has 50,000 guests that week.

Sandoz, however, fears protracted consequences: On the one hand, he is not sure whether British guests will return at all – on the other hand, hostility towards Swiss people of British descent is already noticeable.

Even outdoors, meetings are now too dangerous – Austria-News

Start of vaccination: 101-year-old is happy about injection against Corona

Are many hospitals threatened with bankruptcy after Corona?

Hiking tip for Rhine-Main: What holds Frankfurt together