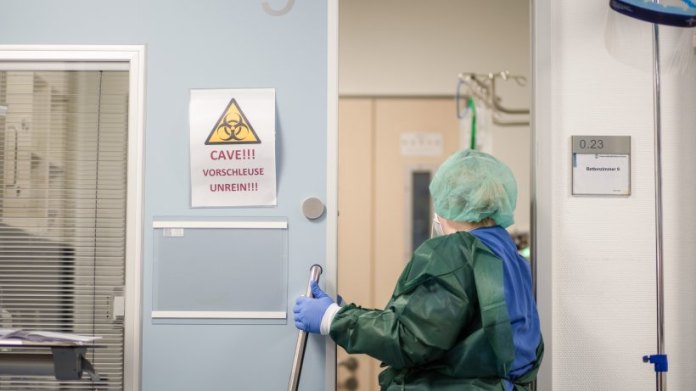 On Christmas Day, the Robert Koch Institute (RKI) reports two more people who have died in connection with a coronavirus infection. Since the outbreak of the corona pandemic, 107 people have died from or with the dangerous virus in Oberhausen.

According to the RKI, the incidence value, i.e. the number of new infections in the past seven days per 100,000 inhabitants, fell further on Friday and is now 249.6 (compared to 288.5 the previous day). On Wednesday the value was still at 328.8.

163 infected people are treated in hospitals

According to the Robert Koch Institute, 40 confirmed cases have been added. A total of 5025 people from Oberhausen have been infected since the beginning of the pandemic.

More news from Oberhausen can be found here.

Lockdown decisions for Berlin: Senate corrects itself – daycare centers only...

Q&A on the project of the century: eviction order – this...

There has been no talk of corona medication – will there...

DFB power struggle: Then Keller and Curtius have to go