The elected US President Donald Trump had previously promised his compatriots that the vaccination should start this weekend. “The first vaccine will be administered in less than 24 hours,” Trump said in a video published on Twitter. However, his health minister Alex Azar had spoken of “Monday or Tuesday”.

According to media reports, the White House threatened the head of the FDA, Stephen Hahn, with urgent approval of the vaccine. The Washington Post reported that the White House chief of staff has asked Hahn to submit the resignation if the BioNTech / Pfizer vaccine is not approved before the end of the day. The New York Times reported that Meadows had told Hahn that if he did not, he should consider looking for another job.

The FDA disagreed with these reports. Hahn himself spoke in a statement to the US media, on the other hand, of “an untrue representation of the telephone conversation with the chief of staff”. The FDA has been “encouraged” to swiftly process the application from BioNTech and Pfizer. “Science and data guided the FDA’s decision,” stressed Hahn at a press conference on Saturday. Due to the urgency of the pandemic, the approval process, which usually took months, could be shortened to several weeks – especially because the employees responsible worked day and night, said Hahn. “External pressure” played no role.

The number of infections in the USA has meanwhile reached a new high of 231,775. In addition, 3,309 deaths were reported Saturday morning. This means that the corona deaths recorded within 24 hours in the USA have reached a new high. The highest value to date was recorded last Wednesday with 3,124 deaths. In total, more than 15.8 million people have been infected with the coronavirus in the United States. Since the beginning of the pandemic, 295,522 people have died from the SARS-CoV-2 pathogen.

NRW imposes a stop on the corona vaccination in clinics

Attack in front of the synagogue: investigators doubt anti-Semitism | ...

7 reasons to eat beetroot every day 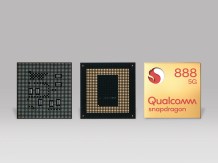 These smartphones get the new Snapdragon 888