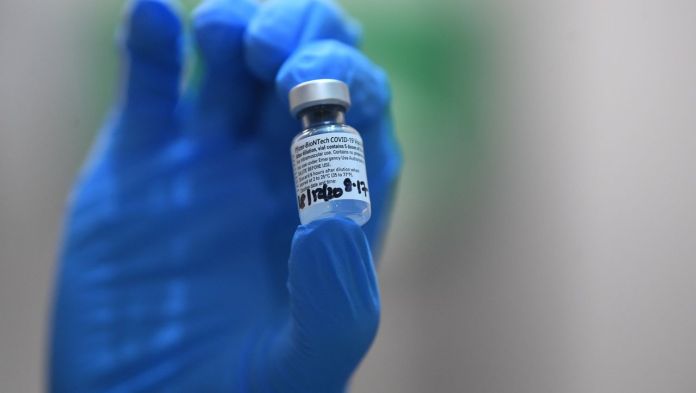 What is the federal government planning?

Health Minister Jens Spahn (CDU) and Interior Minister Horst Seehofer (CSU) speak out clearly against privileges for citizens with corona vaccination. Spahn fears, among other things, for cohesion in the country. The pandemic can only be overcome together, he said. “Many wait in solidarity so that some can be vaccinated first. And those who have not yet been vaccinated expect the vaccinated to be patient in solidarity. «Nobody should demand special rights as long as not everyone has had the chance to be vaccinated. The SPD sees it similarly.

The legal policy spokesman for the Union parliamentary group, Jan-Marco Luczak, however, considers the debate superfluous. »We don’t currently have enough capacity to vaccinate everyone who wants to. As long as this is the case, the question of privilege does not arise. «The discussion is purely hypothetical and only unsettles people.

Probably the coalition’s strongest argument: According to the Robert Koch Institute, it is not even clear whether vaccinated people are still contagious. So far it is at least conceivable that a person who has been vaccinated may not become ill himself when he comes into contact with the pathogen, but that he can pass the virus on to others. This question will probably not be clear until February at the earliest.

Should vaccinated people actually continue to be contagious, loosening could possibly lead to higher numbers of infections – and thus make little epidemiological sense. “For this reason alone, privileges for vaccinated people are currently prohibited,” says Federal Justice Minister Christine Lambrecht. As long as a vaccination offer cannot be made to everyone, it is “a requirement of fairness and solidarity not to demand or offer special rights.”

The FDP contradicts. As soon as it is certain that a person poses no danger to himself or to others, the state should not restrict his freedom, said parliamentary group manager Marco Buschmann to the editorial network Germany.

What are the companies planning?

So far it doesn’t look like the economy is planning a two-tier corona society. Deutsche Bahn, for example, announced on request that it did not want to differentiate between vaccinated and non-vaccinated passengers. “The railway is part of the general interest and for many people a means of transport with no alternative,” said a spokesman for SPIEGEL.

Europe’s largest tour operator, TUI, also emphasizes that there are “no plans for privileges” for vaccinated customers or passengers. Instead, it is always the national authorities or those of the vacationing countries that may set requirements. For example, there are countries in South America that require a vaccination against yellow fever when entering the country. However, it is the responsibility of the travelers to prove this.

Carsten Spohr, head of the state-supported Lufthansa, had announced in the “Welt am Sonntag” that in future only passengers who have been tested for Corona or who have been vaccinated against Covid-19 will be taken on intercontinental flights. However, he does not want a general vaccination requirement, as announced by the Australian airline Qantas. Instead, one would like Lufthansa to have state regulation, ideally uniform for Europe – and at some point worldwide.

The German Hotel and Restaurant Association is more deliberate, but considers the debate as a whole to be premature. Only when all those who want to be vaccinated have had the chance to be vaccinated can one talk about possible privileges, says General Manager Ingrid Hartges. In any case, it is questionable whether hosts could even have their guests show their vaccination card.

What is the economy allowed to do?

In theory, at least, a lot seems feasible. From a legal point of view, buying bread rolls at the bakery or taking a flight with Lufthansa is a private business: the customer or guest concludes a contract with a private company. These two parties determine how the business is organized – “and that even includes the entrepreneur deciding not to sell something to someone or not to take him or her with him simply because he doesn’t like the customer,” says Steffen Augsberg, Professor of Public Law of the University of Giessen.

According to the General Equal Treatment Act (AGG), the private sector is prohibited from discriminating against people, for example because of their skin color or worldview. “With the exception of disabilities, health aspects are not mentioned in the law,” says Andrea Kießling, health lawyer at the Ruhr University in Bochum. “As it is now regulated by law, companies can ask their customers for vaccination protection and also decide not to entertain or promote non-vaccinated people.” Lawyer a serious interference with the freedom of contract and hardly compatible with the Basic Law.

Augsberg also considers an interim solution to be difficult, in which those who have already been vaccinated would have to continue to restrict their basic rights until enough vaccine was available for the entire population. If a small theater has the opportunity to resume its dormant operation with vaccinated guests, it is legally hardly feasible to prohibit this, argues the constitutional lawyer. After all, the theater is not essential for everyone who has not been vaccinated. The vaccinated, however, may be vital for the theater.

In any case, the professor considers the solidarity called for by politicians on this point to be overused. »To put it figuratively: Staying locked up together, although one can break free – that’s alien to me. As a prisoner, to endure to see another in freedom – that too is solidarity, «he says. Especially since the unvaccinated would not get a bit more freedom just because the vaccinated did not regain their freedom. “We mustn’t treat harmless people like infected people. That would hardly be justifiable under constitutional law either. “

Cruise lines, for example, are already demanding a negative Covid 19 test from their guests before they can go on board. This compulsory test should continue to apply to TUI Cruises, for example, regardless of a possible vaccination. The company’s crews also go through a test, both before leaving their home country and before boarding. In addition, they must be individually isolated on board for 14 days, after which they are checked daily for increased temperature.

On the question of how to deal with employees who do not want to be vaccinated, TUI announced that it had not yet given any thought. Other companies also say that this question is not currently being asked – also because most employees are unlikely to belong to one of the first risk groups for vaccination.

Without a general compulsory vaccination, companies would hardly be able to require their employees to be vaccinated anyway. According to lawyers, the encroachment on personal rights would be too great. It should get more exciting in the medical field. Here labor lawyers consider it quite conceivable that employers will prescribe a vaccination for certain groups of people. This is already the case today, for example, with children who want to attend a public daycare center and have to be vaccinated against measles for this.

Does that equate to an “indirect vaccination requirement”?

Horst Seehofer and other Union politicians apparently fear that any privileges for vaccinated people could be understood and used in exactly the same way – especially by vaccination opponents. Constitutional lawyer Augsberg contradicts: “If private companies do not want to do business with a guest or customer without a vaccination, then that is not an indirect vaccination requirement.” The state bears no responsibility here. It is crucial that vital activities that citizens cannot avoid or replace are not only offered to vaccinated people. A Lufthansa flight from Munich to Frankfurt is not essential. “It gets difficult when it comes to services of general interest and authorities,” says Augsberg. “So if visiting a tax office were only permitted with a vaccination, then it would be compulsory to have a vaccination through the back door.”

If this view prevails, the pictures should not be long in coming: vaccinated residents of old people’s homes, for example, who eat together again because there are no longer any contact restrictions for them due to the immunization; maskless passengers on subways and buses who claim they do not have to wear mouth and nose protection because they are not contagious; Freshly vaccinated visitors to an opera enjoying a carefree evening.

Many politicians fear these scenes. Constitutional lawyers, however, consider a longer and more fundamental restriction of basic rights, as is currently the case with vaccinated people, to be hardly enforceable – especially if this only happens in order not to encourage anti-vaccination opponents.

How is the question of vaccination privileges debated abroad?

Much is still unclear, but there are isolated plans for vaccination registers. Spain, for example, wants to keep the names of people who have rejected a vaccination in a central file, according to Health Minister Salvador Illa. The vaccination is voluntary, but anyone who does not accept the invitation will be registered. The register will not be public and data protection will be rigorous. Spain wants to share the data with other European countries.

One of the most exciting questions in the coming months will therefore be whether countries that have hitherto been sealed off will only open their borders to vaccinated travelers. No German minister could do anything about this.

Federal-state resolution should be adhered to: Berlin’s schools will probably not...

Berlin worries about the lack of corona injections

Relaxation of corona measures: What is possible from today

‘No frills’: New look for Opel