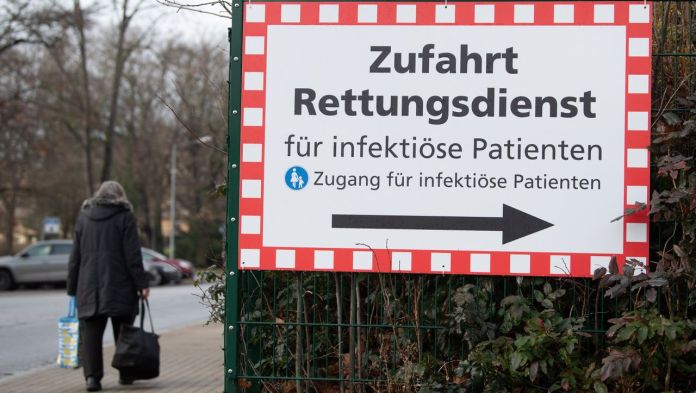 32,552 new infections with the coronavirus in Germany
In Germany, more than 32,500 new infections with the coronavirus were recorded within one day. As the Robert Koch Institute (RKI) announced on Thursday morning, citing information from the health authorities, there were more 32,552 cases of infection detected. The number thus reached the level of the highs of more than 30,000 cases as in the week before Christmas. The total number of corona infections recorded in Germany since the beginning of the pandemic rose to 1,719,737.

According to the institute were also 964 corona deaths recorded within 24 hours. The total number of registered corona deaths in Germany since the beginning of the pandemic rose to 33,071. On Wednesday, the RKI announced a new daily high of more than 1,100 deaths.

The RKI put the number of people recovered from a corona infection in Germany at around 1,328,200. The so-called Seven-day incidence was on Thursday 139,8. The day before it was 141.3.

The seven-day incidence is an essential measure for the imposition and relaxation of measures against the spread of the novel virus. The aim of the federal government is to reduce the incidence to below 50.

A tough lockdown has been in place across Germany since December 16. Most of the shops are closed. The schools and daycare centers also largely closed. The measures are initially limited to January 10th. On January 5th, the federal and state governments want to discuss how to proceed.

7.40 a.m .: The Chinese authorities officially approved the first vaccine to treat the corona virus in the country on Thursday. The state supervision for medical devices approved a preparation of the state pharmaceutical company Sinopharm. According to the company, it has an effectiveness of about 80 percent. The newspaper “ South China Morning Post” reported that vaccination of up to 50 million Chinese was planned by the New Year celebrations in February. Several other Chinese vaccine preparations are currently under development.

It is true that since the summer there have been emergency approvals for vaccines in China, with which well over a million people have already been vaccinated. So far, however, there has been no official approval. President Xi Jinping has said that his country will develop various vaccines and then distribute them to other countries. Indonesia and Brazil – the two most populous countries in Southeast Asia and Latin America, respectively – have already concluded supply agreements with China.
Recommended editorial content
At this point you will find external content that supplements the article. You can display it and hide it again with one click.

7.30 a.m .: Patient advocates have called for uncomplicated appointments for corona vaccinations. So far, the states have practiced a placement system that is inscrutable and impractical, said the board of the German Foundation for Patient Protection, Eugen Brysch, of the German Press Agency. “ It mustn’t be that seniors living at home like that are pissed off their willingness to vaccinate.” It could not be due to a lack of experience. After all, there have been appointment service points for years. “ What succeeds in placing tens of thousands of specialists cannot be more difficult with 400 vaccination centers.”

Nationwide there are different procedures for assigning appointments for vaccinations, which in the initial phase should run bundled via regional centers. According to the Federal Ministry of Health, not all countries use the option of using the standardized service number 116 117 from the statutory health insurance physicians. Some appointments are already being assigned, and some are still planned.

05.43 a.m .: The huge New Year’s Eve party allegedly planned by the Brazilian soccer star Neymar has now also called the authorities to the scene. The Brazilian public prosecutor announced on Wednesday that it was investigating reports that despite the corona pandemic, the footballer is planning to celebrate a lavish New Year’s Eve party at his luxury property in the state of Rio de Janeiro. Neymar’s lawyers had denied on Monday that such a large party was planned.

The public prosecutor’s office urged Neymar to urgently clarify “the number of guests, the organization of the party and possible health measures.”

Brazilian newspapers reported on the weekend that the 28-year-old wanted to celebrate the New Year with up to 500 guests over several days in his villa in Mangaratiba in the state of Rio de Janeiro. The superstar of the French serial master Paris St. Germain was then hit by criticism.

Lash against “ Corona solos” for the rich

04.20 a.m .: North Rhine-Westphalia’s Prime Minister Armin Laschet (CDU) has opposed a » Corona-Soli «for wealthy people to finance the billions of dollars Corona-Pandemic pronounced. “The theoretical debate as to whether a billionaire can give something away may sound nice,” Laschet told the German Press Agency in Düsseldorf. “The only way to get to such a solos is through general tax increases.”

But every medium-sized entrepreneur has his assets in the company. “If you increase taxes now, you weaken these companies. And that’s why the measure is wrong, ”emphasized Laschet.

4 a.m .: The Federal Association of Liberal Professions sees around 140,000 jobs threatened as a result of the Corona crisis. “The crisis goes to the bottom,” said President Wolfgang Ewer. The background is a survey among freelancers. Accordingly, 20.3 percent rate their current business situation as bad. 14.2 percent of freelancers expected to have fewer employees in two years.

The balance of the Corona year 2020 is bitter for four out of ten freelancers: For them, the situation has worsened compared to 2019. For 25.3 percent of them, the economic damage so far is already threatening their very existence. Another 13.8 percent feared this scenario in 2021.

03.55 a.m .: Before the next Corona– If the heads of government from the federal and state levels on January 5, the Saarland Prime Minister Tobias Hans (CDU) assumes an extension of the lockdown. “The lockdown is and was necessary, and it will have to be extended at the beginning of January,” Hans told the Rheinische Post. He also appealed not to be fooled by the current corona infection numbers.

“The currently falling number of corona infections are deceptive.” The numbers have “holiday symptoms” because fewer people were tested over Christmas and New Year’s Eve. “ In mid-January we have to check again how the infection numbers are developing in order to then plan further,” announced Hans.

Meanwhile, critical words for the German corona policy come from the co-chair of the SPD, Saskia Esken. “ We almost all underestimated the second wave of infections,” she told the newspapers of the Funken media group. “ It took too long for the Prime Minister’s Conference to decide on the breakwater shutdown, and it wasn’t strong enough.”

Esken rejected the withdrawal of corona restrictions after January 10th. “I don’t think we’ll have numbers that allow us to ease January,” she said.

03:22 am: In the USA, a new daily high has been recorded with more than 3900 corona deaths. As the Johns Hopkins University announced on Wednesday, 3927 people died within 24 hours as a result of a corona infection. In addition, 189,671 new infections were registered.

Since the pandemic began, more than 341,800 people have died of corona infections in the United States, and over 19.7 million infections have been recorded. The United States is the worst hit country in the world by the health crisis.

So far, 2.8 million people have received a first vaccination dose – far fewer than the 20 million vaccinations promised by incumbent Donald Trump by the end of the year.

1:37 a.m .: Bundestag President Wolfgang Schäuble considers the dispute about easing the corona requirements for vaccinated people to be inappropriate. For him, “preferential treatment for vaccinated people carries the risk of dividing society,” he said in an interview with the “ Neue Osnabrücker Zeitung”. “ We mustn’t drive a wedge between those who have already been vaccinated and those who have not,” warned Schäuble.

“ In any case, now is not the right time to argue about privileges for the first vaccinated people, we still know too little about the duration and extent of the vaccine effect.” The pace of vaccine development, however, is “absolutely impressive,” “so we can hope that the production will go even faster, ”said the CDU politician.

The fact that in the foreseeable future there would still be too little vaccine for everyone “will of course be a great test of patience, especially for those who personally fear the virus,” Schäuble said. But it was “for the best of all if we don’t just see ourselves,” he continued.

The federal and state governments are expecting crisis spending of 1.3 trillion euros for 2020

12:40 am: According to a media report, the costs of coping with the corona pandemic for the federal and state governments run up to 1.3 trillion euros this year alone. The calculation includes state aid and public expenditure, as is evident from a response from the Federal Ministry of Finance to a request from the left-wing parliamentary group, which is available to the editorial network Germany.

This includes the total amount “of all aid packages that have so far been launched by the federal and state governments in the Corona crisis”, the expected loss of income due to the crisis and the total of the guarantees of around 826.5 billion euros Guarantee federal and state. According to the report, the federal government expects further corona costs of around 184 billion euros in 2021, which may also include funds from 2020 that have not been used or are not used in full.

The introduction of German border controls met with criticism in the...

Changes in the Stuttgart Transport Association: Bus and train restricted –... 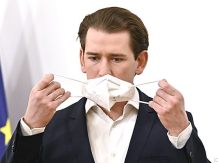