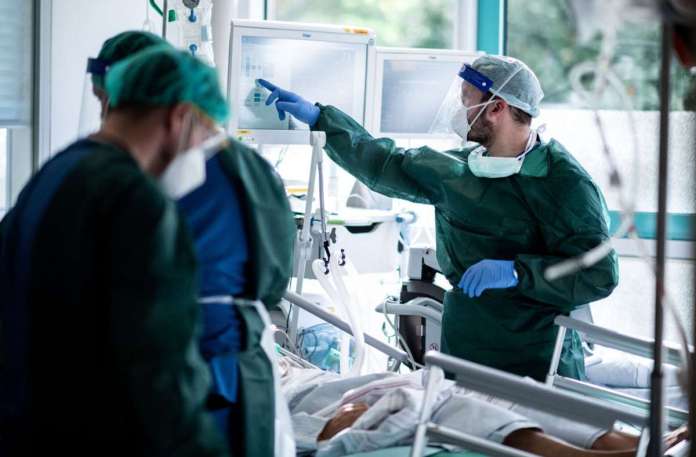 The corona numbers are skyrocketing in Germany. Almost 30,000 people have become newly infected with the virus in the past 24 hours. Now calls for a harder lockdown are getting louder.

Berlin – In Germany, in view of the soaring corona numbers, calls are getting louder to drastically restrict public life before Christmas. “We need this nationwide, as hard as possible lockdown including school closings in the coming week,” said the SPD health expert Karl Lauterbach of the “Rheinische Post”. Economics Minister Peter Altmaier (CDU) had previously called for further measures on ZDF to prevent a new exponential increase in the number of infections. However, the federal and state governments have not yet been able to agree on a common path.

The Robert Koch Institute (RKI) reported both new highs in the number of new infections and the number of corona deaths on Friday: 29,875 people were then registered as newly infected within 24 hours – that’s a good 6,000 more than on the previous Friday a week. A record was only set on Thursday of this week. Overall, the number of infections in Germany is 1,272,078.

The number of people who died from or with the coronavirus also reached a new high of 598. In total, there are so far 20,970 registered deaths in connection with the virus in Germany. The seven-day incidence also skyrocketed. The RKI now gives it 156.3. The value indicates how many people are newly infected within seven days for every 100,000 inhabitants. The goal of the federal and state governments is actually a value of 50 so that health authorities can track infection chains again.

Also read: The vaccination centers in Stuttgart are ready for operation

The new figures fuel the ongoing debate between the federal and state governments about an earlier and tougher lockdown. So far, Chancellor Angela Merkel and the 16 prime ministers had not been able to agree on a date for a common switch. The reason is that Merkel insists on tougher measures such as closing schools or retail outlets before Christmas. This meets with some resistance. A tougher lockdown with business closings after the holidays until January 10 is now considered largely undisputed between the federal and state governments in view of the development of the number of infections.

The Rhineland-Palatinate Prime Minister Malu Dreyer pleaded for a coordinated federal-state approach to new closings, for example in retail. “This is necessary because otherwise we would experience corona tourism between countries with and without lockdown, which would be counterproductive,” said the SPD politician of the “Rheinische Post”. It is important to agree on a common line for all of Germany.

However, the head of the German Medical Association, Klaus Reinhardt, warned against excessive expectations of a harder lockdown. “It is an illusion to believe that with a hard lockdown of 14 days from Christmas we can get the pandemic under control,” he told the editorial network Germany (RND). After the end of a lockdown, the number of infections would rise again with the easing. 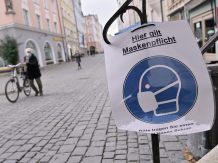 Two people injured in a ceiling collapse in Vienna

Vaccine has arrived: vaccination teams can start on Sunday