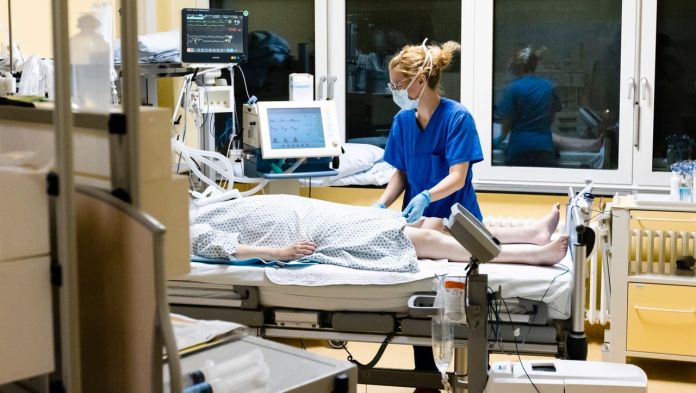 6.00 a.m .: The corona numbers are increasing again significantly in Germany. The Robert Koch Institute (RKI) reported both new highs in the number of new infections and the number of corona deaths on Friday: 29,875 people were then registered as newly infected within 24 hours – that’s a good 6,000 more than on the Friday before one Week. A record had only been set the day before. Overall, the number of infections in Germany is 1,272,078.

The number of people who died from or with the coronavirus also reached a new high of 598. So far there have been a total of 20,970 registered deaths in connection with the virus in Germany. The seven-day incidence also skyrocketed. The RKI now gives it 156.3. The value indicates how many people are newly infected per 100,000 inhabitants within seven days. The goal of the federal and state governments is actually a value of 50 so that health authorities can track infection chains again.

The new figures fuel the ongoing debate between the federal and state governments about an earlier and tougher lockdown. So far, Chancellor Angela Merkel and the 16 prime ministers had not been able to agree on a date for a common switch. The reason is that Merkel insists on tougher measures such as closing schools or retail outlets before Christmas. This meets with some resistance. Some state governments had also said for their part that it had to be clear before talks that they could agree on a common line. Consultations are planned for Sunday. A tougher lockdown with business closings by January 10 is now largely undisputed in view of the development of the number of infections.

Which fish the WWF recommends on Ash Wednesday

Hessen: Frankfurt buses and trains run in lockdown as before