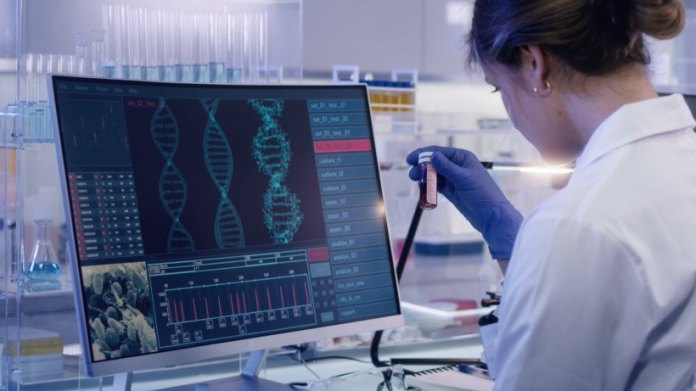 Why is it that Covid-19 is mild for so many, but others suffer a severe course – sometimes even without previous illnesses? Scientists have now taken an important step in their research: some of us are genetically predisposed.

For many people, the Covid-19 disease caused by the Sars-CoV-2 coronavirus is mild, sometimes with almost no symptoms. And then there are those who have to go to hospital with serious problems, sometimes even being ventilated in an artificial coma. They did not always have previous illnesses. Why is that? Researchers have now found that can determine five genes about a severe course of Covid-19. And not every one of us has it in us.

Severe course of Covid-19: These five genes influence the disease

What exactly ensures that the coronavirus hits some patients much harder than others is something that scientists are currently researching at full speed. Much is not yet known, we are only at the beginning: For example, the blood group or the individual immune type and the associated immune response seem to be decisive, as well as certain previous illnesses. Anyone who is fighting for their life in the intensive care unit with Covid 19 disease may also carry one of five specific genes. This is what researchers working with Kenneth Baillie from the University of Edinburgh in Scotland have discovered. The scientists published their results in the journal “Nature”.

One of these genes, TYK2, promotes inflammatory responses. Those who have this gene are more likely to suffer a cytokine storm, for example, which comes about through an excessive immune reaction and floods the body with inflammatory messengers, the cytokines. As a result, multiple organ failure occurs quickly if not treated immediately. The genes DPP9 and CCR2 are also responsible for severe inflammatory reactions.

Two other genes, IFNAR2 and OAS1, are linked to the body’s innate immune system and inhibit the release of the immune messenger interferon.

This is what the researchers did

The researchers looked at the genome of 2,244 seriously ill Covid-19 patients from 208 British intensive care units and compared the DNA sequences with the genomes of thousands of control persons from the population stored in a database. They noticed the five genes mentioned, which were disproportionately often found in seriously ill Covid 19 patients.

“We identified five genes whose expression was significantly different from that of the controls,” report Baillie and his colleagues. “We have thus discovered new and highly plausible genetic factors for the life-threatening courses of Covid-19.”

Two genes are related to the immune system

The two genes associated with the immune system, IFNAR2 and OAS1, are linked to the release of interferons. These are antiviral messenger substances that are responsible for activating the immune system when viruses are recognized in the body. “The interferons stimulate the release of many essential components of the host’s early defense against the viral infection,” so they are usually the first to be on the scene when a virus begins to spread in the body. Variants of these genes that weaken the effect were found in patients with a severe course of Covid-19.

Stronger inflammatory reactions due to overactive genes – as in rheumatism

In contrast, some patients showed an overactive TYK2 gene. If this gene variant works too hard, inflammatory reactions are too strong, which can result, among other things, in a cytokine storm. This gene is already known from other research: it is also overactive in various autoimmune diseases, such as rheumatoid arthritis.

For this reason, however, drugs already exist that can inhibit the overactivity of the gene. More precisely, they inhibit the so-called Janus kinase enzymes that the TYK2 gene produces. Such drugs, such as the rheumatoid drug baricitinib, have already been approved, which is why the researchers now want to check whether it is also effective for severe Covid-19 courses caused by inflammatory reactions.

The genes DPP9 and CCR2 are also linked to inflammatory reactions.

Genetic findings can enable therapies and protect people at risk

Likewise, more direct therapies could now be found, such as drugs “that, for example, stimulate the release of interferon, prevent infiltration of the lungs or prevent harmful inflammatory reactions,” suggest Baillie and his team. “Our results shed light on which compounds should be at the top of the list for clinical testing. Since we can only test a few drugs at a time, choosing the right candidates could save thousands of lives.”

But not only that can the knowledge about the genes say: One of the genes, for example, occurs more frequently in people of African descent. The researchers suspect that this could possibly be the reason for the increased severe courses in people of African descent in Great Britain and the USA. The results could thus help to identify people at risk at an early stage.

The fact that genes can influence the course of Covid-19 is not new. Researchers have already identified a “Neanderthal gene” as a possible factor for severe corona courses. This gene sequence is also related to the interferons. Bald men also seem to suffer more often from Covid-19 for genetic reasons. The blood group also influences the course of Covid-19. A lot of research still needs to be done before we have fully understood the coronavirus.

That was quick – Gillian Anderson horrified at how quickly her...

The Bachelor 2020: Angie and Mandy on rejection from Alan Wey