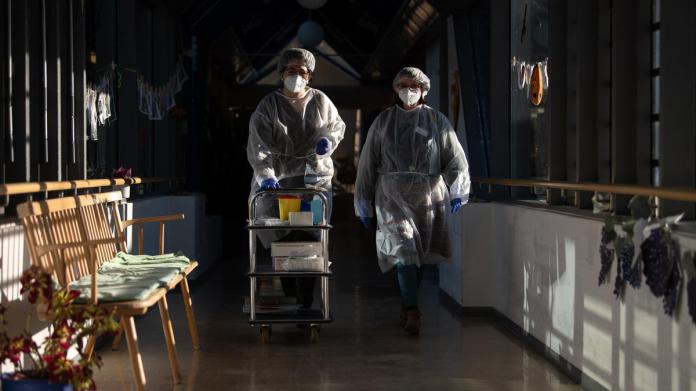 Why the death toll is so high today

At the beginning of the nationwide lockdown, the Robert Koch Institute reports more corona deaths for one day than ever before, the previous record was exceeded by 60 percent. This can only be partially explained with the late registration from Saxony.

WITHu At the beginning of the hard lockdown, Germany has a new high in corona deaths. The Robert Koch Institute (RKI) reported 952 deaths within 24 hours on Wednesday. The previous record last Friday was 598 corona deaths within one day. The 952 deaths mean an increase of almost 60 percent. In purely mathematical terms, a person in Germany dies of or with the virus about every 1.5 minutes. The value continued to rise, especially among the very old.

The number of infections increased by 27,728, which is about 7,000 new infections more than a week ago. One reason for the sudden increase: The figures are likely to be somewhat skewed because no new data from Saxony was available on Tuesday and has now been reported. For Saxony, the RKI reported 153 new deaths on Wednesday.

Another reason: The number of daily deaths rose recently, which was also expected after the steep increase in new infections. On Tuesday, the number of newly reported deaths was 500 and thus, even without the missing Saxon data, the third highest value since the beginning of the pandemic.

The total number of people who died with or with a proven infection with Sars-CoV-2 rose to 23,427 as of Wednesday.

People in old people’s and nursing homes are often affected

According to the RKI, corona deaths are counted as those in which infection with the virus was the cause of the death or, due to previous illnesses, it is likely that the death is directly related to Covid-19. That is why we are talking about people who “died of or with” the virus.

As can be seen from the RKI’s situation report published in the evening, 4,735 Covid-19 patients were in intensive care on Tuesday. According to the RKI, the high nationwide case numbers are mostly caused by diffuse events.

The institute found numerous accumulations, especially in private households and old people’s and nursing homes, but also in professional contexts and in community facilities. Infections also came from religious events. For a large part of the cases, the infection environment cannot be determined. The RKI emphasizes that it considers the overall health risk in Germany to be very high.

Incidence is increasing in the elderly

While the seven-day incidence in the younger age groups stagnates or decreases slightly according to the RKI situation report, it continues to increase in the older population. Since older people are more often affected by severe disease courses from Covid-19, the number of severe cases and deaths is also increasing.

A significant increase in the number of deaths has been observed since the beginning of September. The virus is life-threatening, especially for the very old: of all deaths, 19,663 (88 percent) were in people aged 70 and older. The proportion of people over 70 in the total number of Covid 19 cases reported, however, is only 13 percent. Since the beginning of the pandemic in spring, the RKI has received twelve Covid 19 deaths among people under the age of 20.

Chivalry 2 is out on June 8th

Coronavirus is “trivialized”: crowds of people storm beaches in Rio 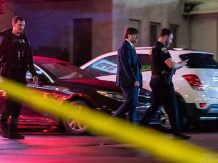 Eight dead from gunshots in three US massage studios – world...

Sophia Thiel is back after 2 years – that’s what she...

Moderna shares in the red: Advisory group of the US drug...