For companies in hardship situations and for sports clubs, there will be more financial support in the fight against the consequences of the corona pandemic. However, the federal councils are not yet in agreement on some points.

After the National Council, the Council of States also approved the amendments to the Covid-19 law in principle on Wednesday. These are necessary because in mid-November the Federal Council improved certain measures in the fight against the consequences of the corona pandemic.

For example, financial aid for companies in hardship situations will be increased from CHF 400 million to CHF 1 billion. In contrast to what the Federal Council has planned, the National Council and the Council of States want to enable those companies that had a turnover of at least 50,000 francs in the previous year. The Federal Council set a threshold of 100,000 francs.

Measures only if no dividends are paid

The question was highly controversial in the Council of States on Tuesday. A lower threshold would be a significant expansion, said commission spokesman Pirmin Bischof (CVP / SO) on behalf of the minority. And Ruedi Noser (FDP / ZH) said that one shouldn’t open the window to every part-time and hobby company. However, the council joined the minority led by Erich Ettlin (CVP / OW) and the line of the National Council with 22 to 17 votes with one abstention.

However, the Council of States does not agree with the National Council’s addition that the uncovered fixed costs should also be taken into account. This is complicated and would prolong the process, said commission spokesman Pirmin Bischof (CVP / SO).

The same fate befell the addition of the National Council that companies can be granted different types of aid, provided that their areas of activity are clearly defined. What is meant are aids from the sports and culture pot. Finance Minister Ueli Maurer feared abuse. The Council followed him by 25 votes to 13 with two abstentions.

At the request of Jakob Stark (SVP / TG) it was added to the law that a hardship measure is only granted if the supported company does not distribute any dividends or royalties for the corresponding financial year. The National Council will have to make a new decision on this.

The Council of States also created a difference with a request from Paul Rechsteiner (SP / SG). For example, people who are controlled between January 1, 2021 and the entry into force of this law should be entitled to bridging benefits – provided they meet the eligibility requirements. The small chamber agreed with just 19 votes to 16 with three abstentions.

Parliament has also approved the extended support for professional and semi-professional team sports clubs. In addition to the loans, you should now also be able to receive A-fonds-perdu contributions. The Federal Council is earmarking a maximum of CHF 115 million for this.

The Council of States does not want every single wage of all employees to be reduced by 20 percent, rather the average income of employees should be reduced. This should also include bonuses, premiums and certain other perks. He is moving away from the National Council proposal, which wanted to take into account the income of the employees directly involved in gaming.

The Council of States does not agree with the National Council’s proposal that the Federal Council should regulate the reimbursement of costs where health care providers have to limit or discontinue their services. He rejected this by 30 votes to 11.

The amendment to the Covid-19 Act will also make it possible for police officers to hand out buses if they do not comply with the mask requirement or protection concepts. However, the National Council created the exception, according to which a fine can be dispensed with where the wearing of a mask or a protective concept cannot be clearly defined. This is the case in pedestrian zones, for example.

Joe Biden brings “First Dogs” back to the White House with...

Only just under 14 percent of Viennese used the mass tests...

Biden sees himself prevented from taking office by Trump – politics... 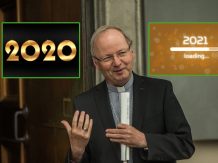 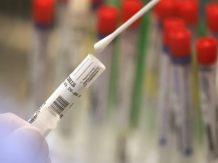 Twelve coronavirus deaths and 335 new infections on Wednesday in Vienna...