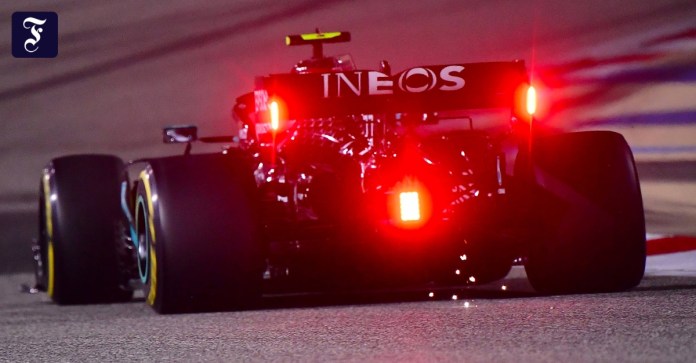 Dhe German Formula 1 racing team Mercedes has to pay a fine of 20,000 euros for a screwed up tire change. That was decided by the race stewards after the Sakhir Grand Prix on Sunday. During a pit stop, the mechanics fitted the wrong front tires to Lewis Hamilton’s substitute, George Russell.

The 22-year-old Briton, who had been on course to win the penultimate race of the season for a long time, had been fitted with the tires that team-mate Valtteri Bottas was supposed to get. The momentous mishap was punished as unlawful use of the tires. According to the stewards, the reason for the unusual error was a technical error in the radio communication between the command post and the pit crew.

Russell was allowed to keep the points for ninth place, his first ever in Formula 1. He had taken over the Silver Arrow instead of record world champion Hamilton. The 35-year-old seven-time champion had to sit out because of positive corona tests. The race was won by Sergio Perez of Racing Point, it was his first victory ever. The 30-year-old Mexican relegated Esteban Ocon from France to second in the Renault on Sunday. Third was Perez ‘current Racing Point teammate Lance Stroll. International media wrote about the race:

„The Guardian“: “The cheering and heartbreak couldn’t have been more blatant or captivating than the drama that played out at the Sakhir Grand Prix. Racing Point’s Sergio Pérez had tears of joy when he clinched his first Formula 1 victory while George Russell laid down the drive of his F1 career, only to then let the win be ripped out of his hands through no fault of his own. He too admitted that the tears had flown short, but his were clouded with bitter disappointment. “

„Daily Mail“: “Since Lewis Hamilton hit the world stage, no British driver has shown his talent in such an exciting way as the hapless George Russell.”

„The Sun“: “The brilliant Brit put in a fantastic performance which proves that he deserves to be Lewis Hamilton’s colleague on the Silver Arrows team for the next season.”

“The print”: “A disaster for Mercedes – an even crazier Grand Prix for Perez.”

“Gazzetta dello Sport”: “Russel, one before 10th place, Perez, what a catching up! Leclerc impetuous. “

“Kronen Zeitung”: “Little luck in big misfortune: Formula 1 driver George Russell was spared a disqualification after the tire error on Sunday at the Sakhir GP!”

“Courier”: “Just looking at the podium at the second Formula 1 Grand Prix in succession in Bahrain would have caused astonishment. After 87 laps there were: Winner Sergio Pérez (Racing Point), Esteban Ocon (Renault), Lance Stroll (Racing Point). No trace of Red Bull – and certainly none of world champion Mercedes. But the Silver Arrows drove themselves to victory. “

Piece of the intestine: GNTM-Lucy had her vagina deepened

It could have been so beautiful

Lessons from the World Cup: has darts benefited from a lack...