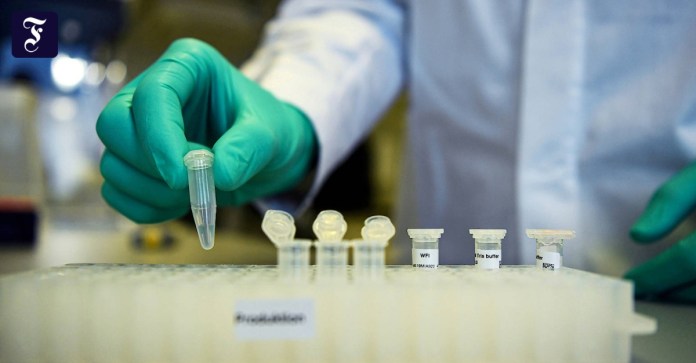 Biontech is not the only developer of a vaccine against Covid-19 from the Rhine-Main region. Curevac also believes it has found a vaccine against the virus and wants to bring it to market at record speed. Work on this is carried out almost day and night in Frankfurt’s Westend. Because Tübingen is the company’s headquarters, but the Clinical Development department is based on the Main. The clinical tests of the so-called phase 3 are currently being coordinated from there. A week ago the all-important global and mass testing of the vaccine candidate began. As part of these phase 3 tests, 2,500 employees at the Mainz University Hospital will volunteer to take part in a study from Tuesday that examines vaccination protection for hospital staff at particular risk.

“All clinical studies including Covid-19 studies are planned, monitored and evaluated from the Frankfurt office,” explains a company spokeswoman. Curevac employs thirty people in Frankfurt, the team includes experts who set the standards for clinical studies, experts in drug safety, medical professionals from various clinical fields, as well as lawyers and experts in exchange with authorities. There is one main reason why the employees, whose number is set to increase, are stationed in Frankfurt: the necessary specialists are easier to find in the Rhine-Main area than in Swabia. “This is also due to the presence of large pharmaceutical companies, research organizations and biotech companies in the region,” said the company spokeswoman. Another plus point is “excellent transport links for national and international trips, which are important in clinical drug development”.

Curevac employees in Frankfurt rarely need syringes and test tubes; they work at the computer. From there, they watch how the vaccine candidate with the abbreviation CVnCoV or a placebo will be administered to a total of 36,000 healthy people from Europe and Latin America over the next few weeks. The Frankfurt-based company will closely monitor the results of the effects and side effects. In Germany, study centers in Tübingen, Cologne and Munich were selected for this vaccination study; in Tübingen alone, one thousand people are to be vaccinated. Requests from voluntary participants are also processed there.

Curevac, like Biontech from Mainz, relies on an effect with the help of messenger RNA, i.e. genetic information that contains a blueprint for an antigen. The federal government funded vaccine development in Swabia with 750 million euros and now holds almost a quarter of the company, which is listed on the American technology exchange Nasdaq. Nevertheless, Curevac is slower than Biontech or the British company Moderna: The Mainz vaccination has already been approved in the United States and Great Britain and should receive EU approval by the end of the year. Curevac will take months. The Tübingen-based company wants to score points with its practicality: Instead of being kept at minus 70 degrees, their preparation can be kept at normal refrigerator temperatures, it said. That would make transport and storage much easier.

Intensive care units full? Such is the situation in Germany

Formula 2: Mick Schumacher wins the title with a 14 point...

Red Bull Salzburg in top form: This is how the dream...