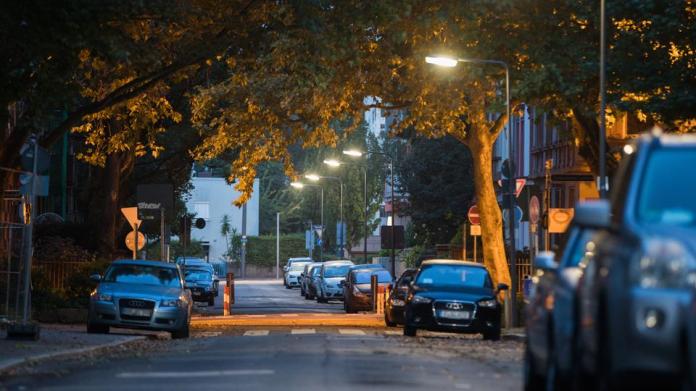 From the weekend there will be nocturnal curfews in the city of Offenbach and the districts of Fulda, Limburg-Weilburg, Main-Kinzig, Gießen, Groß-Gerau and Offenbach. There is also a city in the Main-Taunus district.

The night curfew for so-called corona hotspots introduced by the state government will come into effect in several regions over the weekend. After the particularly affected city of Offenbach, the corresponding measures were also decided on Thursday in the Limburg-Weilburg, Main-Kinzig, Groß-Gerau and Offenbach districts.

As it became known on Friday, the city of Hattersheim (Main-Taunus) is also introducing a night curfew. It already applies in the night from Friday to Saturday from midnight, as the city announced on its website. From this point on, alcohol consumption in public is also prohibited. The measures should initially apply until January 3rd.

According to their own calculations, the districts of Gießen and Fulda have exceeded the mark of 200 new infections per 100,000 inhabitants within seven days and are introducing the planned restrictions. In the Fulda district, the order comes into force on Saturday, as the administration announced on Friday. In the district of Giessen there is a ban on alcohol in public and the night curfew from midnight on Sunday.

While the curfew in Groß-Gerau and the Main-Kinzig district already applies from Friday evening at 9 p.m., it becomes binding in the city of Offenbach from midnight. The Offenbach and Limburg-Weilburg districts will follow on Saturday from 9 p.m.

Citizens in the affected regions are only allowed to leave their homes between 9 p.m. and 5 a.m. for special reasons. Violations are punished as a violation of the regulations and a fine of 200 euros is imposed, which doubles for repeated offenses. During the period mentioned, people who do not live in the respective district are generally prohibited from staying there. In addition, there is an all-day alcohol ban.

The state’s expanded escalation level concept provides for more stringent measures where the value of 200 new corona cases per 100,000 inhabitants per week is exceeded for at least three days in a row.

In Groß-Gerau, the order is initially valid until December 22nd, as District Administrator Thomas Will (SPD) announced on Thursday. In the Offenbach district, the incidence on Thursday was just below the relevant 200 mark. After the value had only been lower for a few days since the beginning of November, the measure will still be introduced, the district announced. This applies until December 20th.

In the Limburg-Weilburg district, which had a seven-day incidence of 210 new infections per 100,000 inhabitants on Thursday, the night curfew and the all-day ban on alcohol in public spaces initially apply until December 22nd. The Main-Kinzig-Kreis ordered the ban until December 20th.

On Wednesday, the city of Offenbach published the new regulation as a special corona hotspot up to and including December 23rd.

What is allowed and what is not

Leaving the apartment between 9 p.m. and 5 a.m. is therefore only permitted for the following reasons:

Food deliveries are still allowed, but picking up is not, the city and district of Offenbach specified their regulations. Doing sport or shopping – with the exception of pharmacy aisles – is also taboo. Visiting spouses and life partners as well as relatives in the first place (parents, grandparents, but no siblings) are allowed, but arrival and departure must be made directly after 9 p.m.

The Main-Kinzig-Kreis also appealed to retailers to close their shops at 8:30 p.m. so that people would actually be at home by 9:00 p.m., said District Administrator Stolz. The respective configurations of the Curfew are subject to the individual circles.

All information about the curfews

To the article on hr1.de

End of the form

“Bauer sucht Frau” candidate breaks off the farm week – and...

Alexander Zverev loses against Alexander Bublik in round one tennisnet.com

Shots in Berlin-Charlottenburg: the suspect presents himself in Hamburg

A review of the compulsory coronavirus vaccination | Telepolis