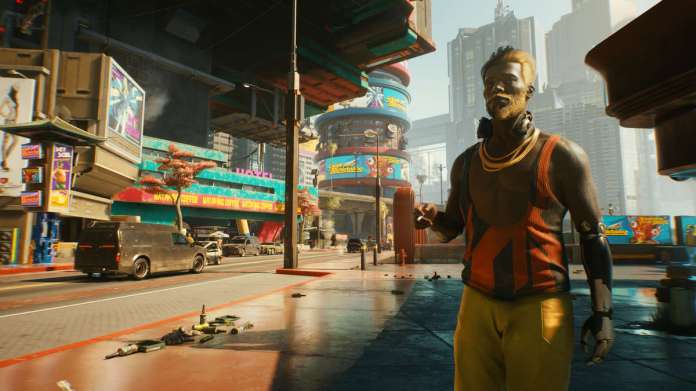 “Cyberpunk 2077” will also have a multiplayer mode. But CD Projekt explains: It’s much more than just a mode.

“Cyberpunk 2077” * is the name of many gamers at this year’s Christmas wish list. Actually, the hotly anticipated game should be on the market in April 2020. But CD Projekt Red has postponed the release several times and thus only increased the hype. In a few days the time will finally come: On December 10th, “Cyberpunk 2077” will be released in time for Christmas. On the Multiplayer-Modus However, players have to wait. And “mode” is the wrong term according to CD Projekt Red.

“Cyberpunk 2077”: According to the developers, multiplayer will be a standalone game

The development studio now has some clarity on the Multiplayers from „Cyberpunk 2077” created. CEO Adam Kicinski explained in the last investor meeting that it was not right to speak of a “mode”, as the colleagues from ingame.de report.

Instead, it’s supposed to be a stand-alone product to be viewed as. The setting and the game world are the same, but a completely separate team is working on the multiplayer. Kicinski explains that Multiplayer details are deliberately concealed at the moment. In the first quarter of next year one can count on news.

also read: Cyberpunk 2077: Players have to choose between these three “life paths”.

The multiplayer of “Cyberpunk 2077” sounds at least as promising as the single player. However, it could be a long time before players can try it out. The last statement from CD Projekt Red was that the Multiplayer only in 2022 at the earliest – You read that correctly: 2022 at the earliest! – is introduced.

On the one hand, that’s good news: Players have more than enough time to thoroughly explore everything that Night City and the rest of the game world of “Cyberpunk 2077” has to offer. If you want, you can spend hundreds of hours playing it, as a tester of the game recently showed.

On the other hand, the waiting time is very long, the multiplayer should actually only appear in 2022. Nonetheless, players will spend many more hours with it when the time comes. This is also shown by the success of “GTA Online”, which regularly offers new content. (Ök) tz.de is part of the nationwide Ippen editorial network.

Interesting too: Cyberpunk 2077: Developers had to remove two features.

These Brandenburg geese are all sold out – BZ Berlin

“The Prom”: Celebrities and rabble sing together

ARD chairman Tom Buhrow threatens cuts in the program – and...

Ethics Council member: “Get vaccinated or do without ventilation” *** BILDplus...