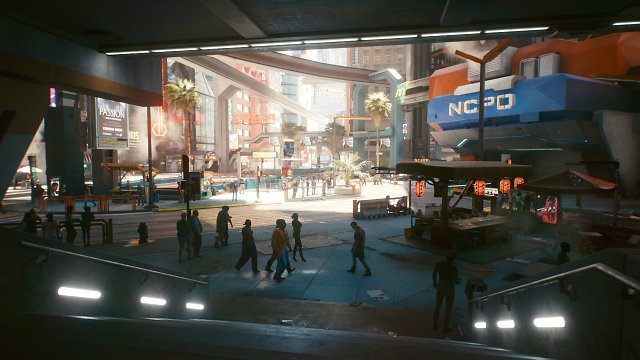 December 11, 2020 at 8:01 am
from Soeren Diedrich –
Good news for all Linux gamers with AMD GPUs: Cyberpunk 2077 runs with the new Proton version 5.13-4 on various Linux distributions! With this success, developer Valve wants to prove that the open source operating system is also suitable for gamers. Special thanks go to CD Projekt Red, who apparently gave the programmers access to early builds to make development easier.

As of today, the RPG highlight Cyberpunk 2077 has finally appeared, and many players will likely be mostly in Night City for the next Christmas days. Anyone who previously thought that only Windows players could enjoy the latest work from CD Projekt Red are mistaken: Thanks to the Proton software developed by Valve, it is possible to plunge into the futuristic adventure on various Linux distributions – at least if you have an AMD graphics card!

Proton should show: Linux is also suitable for gaming

Proton is based on the Wine runtime environment and was first released in 2018. Just like Wine, the software is open-source and aims to attract more gamers to the Linux platform. Because the OS still has the old image that games do not run at all or only run poorly on the free operating system. With Cyberpunk 2077 (buy now 53.60 €) Valve has therefore chosen the best conceivable candidate in order to prove the opposite with the corresponding media coverage – as happened at this point.

To embark on an adventure with Johnny Silverhand, you need Proton version 5.13-4 and, who would have thought it, just as potent hardware as under Windows. This is probably the biggest limitation because, as mentioned above, an AMD GPU is required. The Mesa 3D graphics library is also required. Special Linux distributions that are tailored to the needs of players, such as Manjaro Linux or Garuda Linux, offer the library in their repository for installation.

A special thank you from Valve in person Programmierers Pierre-Loup Griffais goes out to CD Projekt Red: They got access to pre-builds, which made the porting work easier.

# Cyberpunk2077 in the live ticker: We bench graphics cards and CPUs for you and analyze the chic ray tracing implementation.

The team behind WolvenKit, with which The Witcher 3 can be extensively modified, wants to enable mod support for Cyberpunk 2077.

CD Projekt Red publishes the launch trailer for Cyberpunk 2077 – and gets in the mood for the release of the new action role-playing game. The video takes a look at the bonds players will make and the dangers they will face. It will be released on December 10th on PC, consoles and Stadia.

FFP2 mask in Bavaria, are other federal states following suit?

After training cancellations in Lenzerheide: This is how it goes on...

Epic Store: 15 Free Games for Christmas – Get your free...