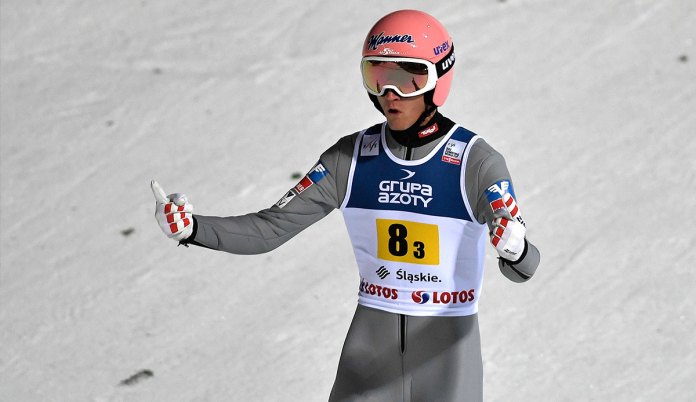 Daniel Huber delivered the hoped-for confirmation. The third of the ski jumping World Cup opener in Wisla reported impressively from the corona quarantine as second in Nizhny Tagil on Saturday. After flights at 131 and 133 meters, the Salzburg man achieved his best ranking so far, only the Norwegian Halvor Egner Granerud (132.5 / 132) was 14.3 points better. The ÖSV jumpers Thomas Lackner and Markus Schiffner landed in the top ten for the first time.

Huber used to stand in his own way after good performances, but had always wanted to do better afterwards. In preparation with neo head coach Andreas Widhölzl, the 27-year-old now seems to have found the right balance. After the missed competitions in Ruka – Huber had to be in quarantine as a contact person – the 27-year-old returned with third place in the qualification on Friday and offered strong performances in the competition in difficult, rapidly changing wind conditions.

The German half-time leader Markus Eisenbichler had no chance of his third win of the season in the final. The world champion from Bergisel 2019 fell back to 28th place after a jump that was completely unsuccessful due to gusts of wind.

Before that, two other Austrians had put themselves in the limelight in Russia. The 27-year-old Tyrolean Lackner (128.5 / 131 m) finished fourth in his only second World Cup appearance (after the one in Innsbruck at the beginning of January 2018) behind the Norwegian Robert Johansson. And the 28-year-old Schiffner from Upper Austria (124/123) came in tenth. Both had never been so far ahead.

Huber was the only member of the first ÖSV training group at the start on Saturday. Four jumpers, including World Cup winner Stefan Kraft, had to pass because of a corona infection, as in Ruka. Jan Hörl was disqualified in the elimination on Friday because of a non-compliant suit. “Our mothers, our fathers”: Polish court sentenced makers to apologize

Martin Ackermann: “I had high expectations and I was disappointed” First job for Prince Harry since leaving the royal family

Mass tests in Vienna: start with a big crowd

What Apple can learn from the Samsung Galaxy S21