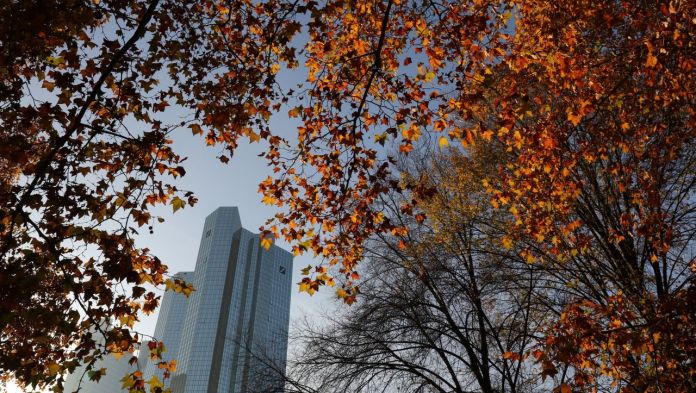 Deutsche Bank will cut 200 additional branches over the next two years. “As already announced, we will close around a hundred Deutsche Bank branches,” said Vice President Karl von Rohr of the “Welt”. “In addition, we want to give up around 50 Postbank locations in each of the next two years. Overall, our branch network in Germany will shrink by a further 200 branches by the end of 2022. «Deutsche Bank has a little more than 500 branches nationwide, the Postbank subsidiary operates around 800 locations.
A merger of Deutsche Bank and Postbank branches ruled out von Rohr. “We are sticking to our two-brand strategy because we have a very differentiated brand positioning.” However, the two brands would cooperate even more closely in the future. As soon as it is technically feasible, everyday financial transactions should be possible for both customer groups at every counter. In the consultation, however, will still be separated.

In addition, Deutsche Bank is cutting additional jobs in the private customer business. In the headquarters in Bonn and Frankfurt, around 350 jobs are to be lost by the end of 2022, as von Rohr said. “A few days ago we were able to agree to cut 37 percent of the jobs in our private customer headquarters in Frankfurt and Bonn,” said the deputy chairman of Deutsche Bank. In addition, the bank recently agreed on the sale of Postbank Systems to Tata. “This will reduce the number of jobs in our bank by around 1,500.”

Most recently, Deutsche Bank reported a three-digit million profit for the third quarter despite the corona crisis. The institute, which is in the middle of a profound restructuring, performed better than the management had planned and analysts expected. The flourishing capital market business in particular helped Deutsche Bank to make high profits.

“The Prince from Zamunda 2”: First trailer for the cult sequel

Here the thermometer shows up to 20 degrees on the weekend

This will bring cyclists to Berlin in 2021

Corona in Germany: Government is checking compulsory vaccination for the Bundeswehr

EHV Linz is applying to participate in the next season! ...

Coronavirus in Berlin: Senate decides on rapid tests for schools and...