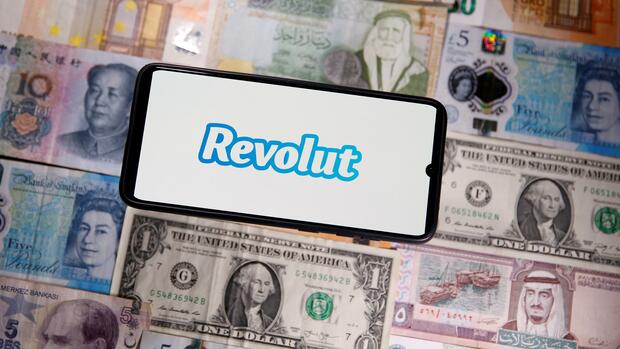 London The turnover of the British digital bank Revolut has been growing in three digits for years, only the profits are still lacking. In November it made a black zero – only for the second time in the company’s history.

Company founder Nik Storonsky hopes that this will become the norm in the coming months. “We emerged stronger from the corona crisis,” he says in an interview with Handelsblatt. The expansion was on hold for almost nine months, now he wants to attack again – with new products and in new markets. “We’re hiring people in India, Brazil, Mexico, the Philippines,” he says. There are also still vacancies in the Berlin office.

The Russian, who lives in London, wants to develop Revolut into a global super app for financial services. Five years ago he founded the company with his friend Vlad Yatsenko to offer frequent flyers a credit card with favorable exchange rates. Many services have been added since then.

Today Revolut is Europe’s leading digital bank, with 13 million customers and a valuation of $ 5.5 billion. This month the company also entered the acquiring business to participate in the boom in payment service providers.

Storonsky is not afraid of the strong competition in the payments sector, from Adyen to Stripe. “We all have natural benefits,” he says. Revolut already has consumers and businesses as customers, as well as a superior platform and a well-known brand. So it won’t be a problem to undercut the rivals.

More than ever, the founder has to spread the spirit of optimism that start-ups are used to. Because the Corona year 2020 was a major setback. Because of the worldwide travel stop, card transactions collapsed in the spring – and thus Revolut’s main source of income. In 2019, payment transactions accounted for 63 percent of total sales. In the lockdown, this turnover fell by sixty percent.

The company countered with a tough austerity course and laid off more than 60 employees. At the same time, however, income grew in other areas of the company: trading in stocks and cryptocurrencies was booming, and the number of paying premium customers and business customers also rose.

The result: According to Storonsky, payment transactions now make up less than 25 percent of total sales. The corona crisis therefore accelerated the diversification of the business model. Overall, the company’s turnover today is 40 percent above the pre-Corona level in March, says the founder.

“We haven’t lost a cent with Wirecard”

In the middle of the crisis, Wirecard went bankrupt in June. Revolut was the Munich-based payment service provider’s largest customer. The relationship with Wirecard was a topic in every risk discussion of the board of directors for two years, says Storonsky. “Our strategy was to make ourselves as independent as possible from Wirecard. That worked perfectly. We haven’t lost a single cent. ”However, the bankruptcy of the partner created uncertainty among Revolut customers and is unlikely to have increased trust in the brand.

In the important German market, Revolut has had a hard time so far. After three years, the company only has around 300,000 customers in this country – significantly fewer than the top dog N26. Storonsky cites initial infrastructure problems with Maestrocard and insufficient marketing as reasons. “In some countries we weren’t lucky enough to find the right people,” he says. However, these problems have been resolved. The Berlin team now has around 90 people and a new head of Germany will be found “sooner or later”.

By the end of 2021, the number of customers in Germany, Austria and Switzerland is expected to increase to 1.5 million – with the help of a marketing offensive. The goal is “feasible,” says Storonsky. “From now on, growth in Germany will be much higher.”

The business model is also evolving. For a long time, Revolut only worked with an e-money license because it is easier and cheaper. In the meantime, however, Neobank relies on traditional banking licenses in order to also be able to issue loans.

In future, European business will be managed from three hubs in Lithuania, Ireland and Great Britain. In Lithuania the company already has a banking license, in the other two countries the application is pending.

Five years after it was founded, the start-up is in a new, more mature phase. This can also be seen in the leadership. For a year now, the Board of Directors has been chaired by the former head of portfolio manager Aberdeen Standard Life, Martin Gilbert. The industry veteran should create structures that are appropriate for a company with more than 2000 employees. Its presence is also intended to signal to investors that their capital is in safe hands.

Investors have to wait for the first profit

Venture capitalists have become more cautious during the pandemic. Fintech investments in Great Britain have collapsed, and in September the consulting firm McKinsey warned of an “existential threat” to the industry. Revolut competitor Monzo had to accept a discount of 40 percent on its financing in June.

Revolut was fortunate to have closed a large $ 500 million funding round just before the pandemic. In June, investors injected another $ 80 million – for the same valuation. “We don’t need any additional money for ongoing business,” says Storonsky. For new banking licenses, however, you have to reckon with 40 to 100 million pounds each time. An IPO is not planned for 2021.

Growth alone is no longer enough to convince investors. Storonsky therefore emphasizes that all markets in Europe are currently profitable. The black zero should be kept in December. However, investors have to wait for the first annual profit. In the best case scenario, the loss is less than last year. At the time it was down £ 107 million.

Storonsky senses the fintech crisis from the fact that he is approached more often by companies that want to be bought. “We usually do without,” he says. Most technologies can be developed by yourself. Revolut only bought another company for three reasons: to get a banking license faster, to be able to offer its own business customers a new service quickly, or to expand the new lending business.

The entrepreneur was recently named the country’s first tech billionaire by the British newspaper “Daily Telegraph”. He does not want to rest on the title because nothing is certain yet. “If we’re number one among Europe’s financial institutions, I might sit back a little,” he says. “For two weeks.”

More: Corona slows down the neobanks.

“I’m not so worried”: According to Drosten, the coronavirus mutation is...

Because of the cold spell: Gazprom wants to increase gas deliveries

Amnesty describes the human rights situation in Nicaragua as …

Since December 4th gone: Investigators are looking for a missing Esma...