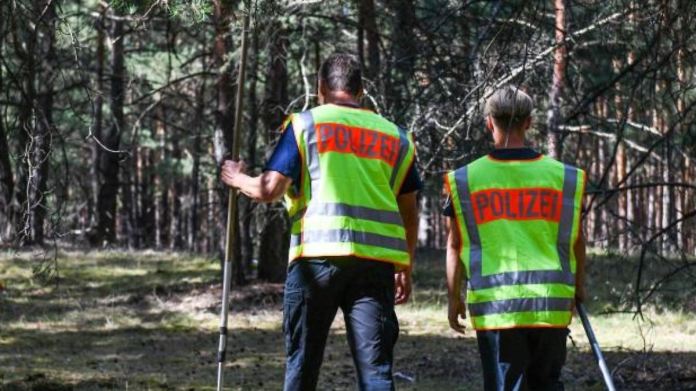 It is still unclear what happened to Rebecca from Berlin, who disappeared in 2019. A podcast now speaks of observations by a witness: She saw a suspect in the forest who was later combed by the police.
In the case of Rebecca from Berlin, who disappeared almost two years ago, a witness who helped trigger a large police search in a Brandenburg forest spoke publicly about her observations for the first time. The woman reported to two journalists for a podcast how she and two friends saw a conspicuous man in the forest near the village of Kummersdorf on the day the 15-year-old girl disappeared.

The police later combed this forest because a witness remembered seeing a car there on February 18 that looked like Rebecca’s brother-in-law’s raspberry-red Renault Twingo. The police quickly suspected the then 27-year-old brother-in-law and still believe him to be the perpetrator, but they cannot prove it. He always protested his innocence.

In the podcast “In the Dark – The Rebecca Reusch Case” (on Podimo) the journalists Miriam Arndts and Lena Niethammer reproduce the woman’s statements. In view of the police search in March, she and her friends remembered the man they saw while riding in February. Using smartphone photos from the ride, they would have determined the time: February 18, 2019, just before noon.

After Rebecca’s disappearance, the police arrested the brother-in-law twice. The man’s car was captured on the day of the disappearance and the following day on the motorway between Berlin and Poland. In the weeks that followed, hundreds of police officers searched large patches of forest 50 kilometers southeast of Berlin. Corpse detection dogs sniffed in the undergrowth and on the banks of the lake, mantrailer dogs were led along the highway, divers got from boats into the water. Rebecca has disappeared to this day.

Dressel puts pressure in Berlin because of December aid

Less coal due to COVID-19 – sunny side

Ursula von der Leyen: EU has “had enough of being the...

Results of the tests in St. Moritz: 31 hotel employees infected...