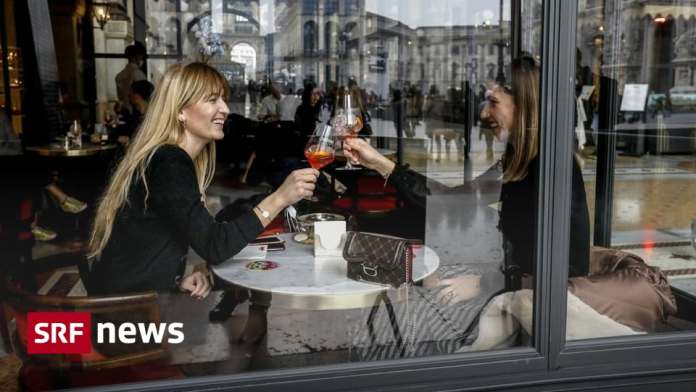 A vaccination requirement in Switzerland is not an issue. But may non-vaccinated people be denied access to the theater, restaurant or plane? For constitutional lawyer Eva Maria Belser this would be legally possible. But she advocates a democratically supported decision.

Professor of Constitutional and Administrative Law, University of Freiburg

Belser (born 1970 in Lucerne) is professor of constitutional and administrative law at the University of Freiburg and is co-director of the Institute for Federalism. She also has a seat in the federal Covid task force.

Eva Maria Belser: At the moment there are many indications that things are going in this direction. The Federal Council has announced that it will not introduce compulsory vaccinations. The ball largely rests with the private sector, be they providers of goods and services or employers.

Companies can tell their customers what conditions they want to do business with. Are there limits in the legislation?

Yes, but these do not go very far, especially in Switzerland. There are limits, for example, in the Passenger Transport Act. Anyone who transports people by rail, road or water is generally subject to a transport obligation. In public transport there is a very clear regulation that makes an indirect compulsory vaccination impossible.

So the SBB are not allowed to make health regulations, but the Swiss can?

That is the question. I don’t see any parallel provision in the Air Transport Act. That means: There – as in many other areas – the Swiss legal system is currently unable to prevent private individuals from introducing the indirect compulsory vaccination.

Except for basic services

In the case law, there are further exceptions, so-called “contractual obligations”, explains the constitutional lawyer. This describes the obligation to conclude contracts with everyone when offering services in general and publicly. This includes goods that are part of normal needs and for which there is little or no alternative. “When it comes to basic services, there would be a barrier. Beyond that, a legal basis would be needed to prevent indirect compulsory vaccination. “

Assuming that I definitely don’t want to be vaccinated, but still want to go to a concert where the audience is only allowed in with a vaccination card: Can I defend myself by arguing that a vaccination violates the basic right to physical integrity?

Wouldn’t it be logical for the state to decide whether a state-prescribed vaccination requirement is required?

Which interest should be weighted higher: to decide for yourself whether you want to be vaccinated or not – or that of the general public, to be able to live without restrictions due to a high level of vaccination?

You cannot answer this question with a clear yes or no. We are forced to weigh up. That’s why I think it’s so important that we democratically agree on a law. There is great public interest that we achieve «herd immunity» as soon as possible. We would have to agree on the means by which we want to achieve this and how much pressure should be exerted on people who do not want to be vaccinated.

Probably the truth can only lie in horror. Certain services must be open to everyone, others less so. I urgently wish for a lively discussion. The uncertainties should be resolved. Especially to meet vaccine skeptics who are currently benefiting from the uncertainty and painting all possible scenarios on the wall – because we have no answers to urgent questions.

Dispute with Amira: Oliver Pocher flees abroad in the middle of...

M’gladbach: Neuhaus has not pledged its loyalty

“DSDS”: That’s how much money Bohlen continues to pocket after being...

Boris Johnson stages Brexit agreement: is the deal as good as...