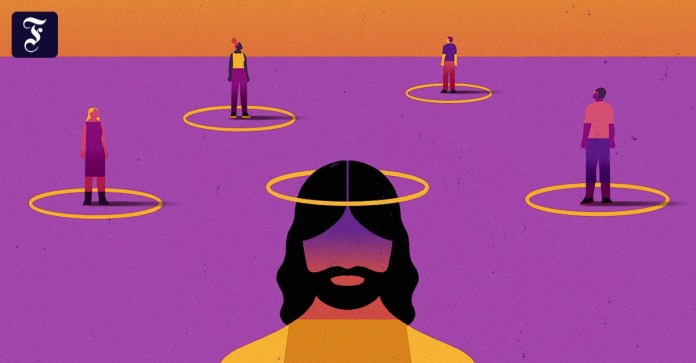 Dhe Old Testament is interesting read for venereologists. It’s teeming with venereal diseases. While Moses is on Mount Sinai to receive the Ten Commandments from God, the Israelites in the valley begin to worship a golden calf and enjoy themselves in different ways. When Moses returns and sees the spectacle, he smashes the calf and the stone tablets with the commandments.

Editor in politics for the Frankfurter Allgemeine Sonntagszeitung.

God is very angry too. He punishes the people with an epidemic, the name of which is not mentioned in the Bible, but the origin of which may also have been one’s own self-indulgence. Venereologists speculate about syphilis or gonorrhea. There are articles in medical journals about it. The bacteria disfigured people, they had ulcers all over their bodies. When the Bible speaks of lepers, it does not necessarily mean the disease caused by Mycobacterium leprae, but many forms of disfiguring epidemics. And whoever got sick deserved no pity, for he was a sinner, punished by God.

The books of Moses are also instructive for epidemiologists; they deal with rules of hygiene. High priests were not allowed to touch corpses. People with illnesses were not allowed into the communal tent, were to stay away from eating, and everyone and everything they touched was disinfected and quarantined. Contact follow-up was rigorous. “Anyone who is touched by the sick person without first rinsing his hands with water has to wash his clothes, bathe himself in water and is unclean until evening,” says Leviticus 15:11.

If any lateral thinker was of the opinion that these rules on infection protection did not have to be adhered to, the consequences were made clear to him. “The Lord will strike you with glands of Egypt, with genital warts, with scabs and scabies, so that you cannot be healed”, it says in Deuteronomy, 28:27. At that time there was no federal center for health education with friendly brochures. When it comes to combating epidemics, the tone of the Bible is so harsh that a proverb emerged from it: I read you the riot act, let’s say to rebellious people today.

Anyone who complains because the health department has called and ordered a quarantine in the warm living room should read Leviticus 13: 45-46. Back then the announcements were a bit tougher. “The leper who is affected by this evil should wear torn clothes and leave the hair on his head unkempt; he should cover his mustache and exclaim: Unclean! Unclean! As long as the evil persists, it remains unclean; he is unclean.

He should live separately, outside the camp he should stay. ”The covering of the mustache sounds like an everyday mask, and the exclaiming“ Unclean! ”After a Corona app without data protection. Infected were sinners, unclean, outcast. The illness meant not only isolation, but unemployment, poverty and homelessness. Infections were not just physical ailments, they were an emotional disaster.

Then Jesus came from Nazareth. The Bible Student John Dominic Crossan tells his story differently than in some communion classes. For Crossan, Jesus was a revolutionary and a healer who mitigated the social consequences of epidemics. Crossan dealt with Jesus all his life. He was a monk in the Servite Order, a scientist at the Pontifical Biblical Institute and a professor in Chicago.

For him, Jesus led a movement that called for nonviolent resistance against the Roman Empire. Not Emperor Augustus was supposed to be the son of God, as it was on every coin back then, but Jesus, the son of a carpenter from Nazareth. That was high treason, which Christians commit to this day from the perspective of the Romans when they pray: “Your kingdom come.” Instead of the Roman kingdom, Jesus promised a kingdom of God in which justice reigns.

In Galilee, where Jesus lived, times were troubled. The ruler appointed by Rome, Herodes Antipas, moved the capital to the Sea of ​​Galilee. The Romans wanted to commercialize it. They wanted to salt the fish and sell it all over the empire. The fishermen should work in fish factories and no longer on their own account. The whole economic structure was out of balance and with it the social structures. That is why so many of Jesus’ disciples were former fishermen, and the fish was their symbol. They had lost their jobs. You were poor. There was malaria at the lake.

Shops closed from Wednesday – is the storm coming to the...

Claudia Obert (celebrities under palm trees / Sat.1) after a beauty...

Pension level in Germany will drop significantly by 2034