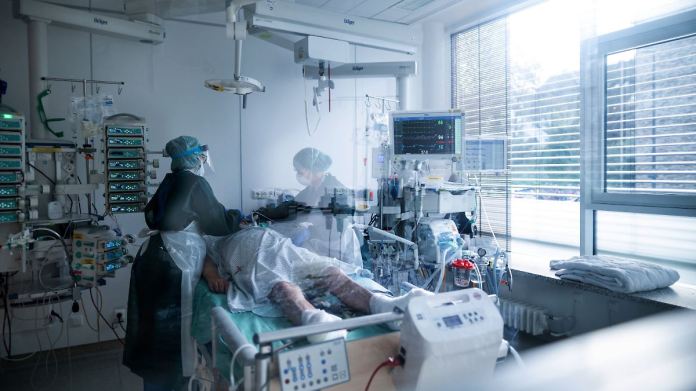 There is a lot of talk about the “corona heroes” in nursing, who are often there for their patients beyond the normal range during the pandemic. In spring, balcony applause is in vogue for caregivers. But the recognition is not yet reflected in the wallet, as the latest data shows.
Nursing staff in hospitals and homes have only received a meager wage increase despite the Corona crisis. In hospitals, the gross hourly wage for full-time employees rose by EUR 1.01 between the second quarter of 2019 and the second quarter of 2020, and by 86 cents in nursing and old people’s homes. This emerges from the figures that the left-wing parliamentary group in the Bundestag asked the Federal Statistical Office.

That was around three percent each, but by no means appropriate, judged the left faction. “The applause from the federal government in the spring was obviously hypocrisy,” said parliamentary group leader Dietmar Bartsch. “This lousy wage development is not only unfair, but also a failure to fight pandemics. It does not make the job more attractive.” With significantly better pay since March, there would be fewer personnel problems in clinics and homes in some places because dropouts could have returned to work, emphasized Bartsch. “But nobody comes back for one euro more.”

At the end of October, the collective bargaining parties agreed on improvements for care workers in the public sector. However, these will not take effect until March 2022. Then the employees will receive 120 euros more per month. In addition, there is an increase in existing allowances if a nurse works in intensive care units or on a rotating shift. In addition, according to the collective bargaining agreement in the public sector, wages will generally rise by 1.4 percent on April 1, 2021, and by 1.8 percent a year later.

Nursing staff in Germany are becoming increasingly frustrated. The already high workload increased again in many places during the Corona crisis. Political and public applause at the beginning of the pandemic has not yet resulted in better conditions for many. According to a study by Barmer, the sickness rate in the industry is well above the average for other professions.

Schalke: Ibisevic-Aus for Schneider “a mistake” – Embolo “bought too expensive”

Turkey: Chairman of the Bishops’ Conference dies of Covid-19