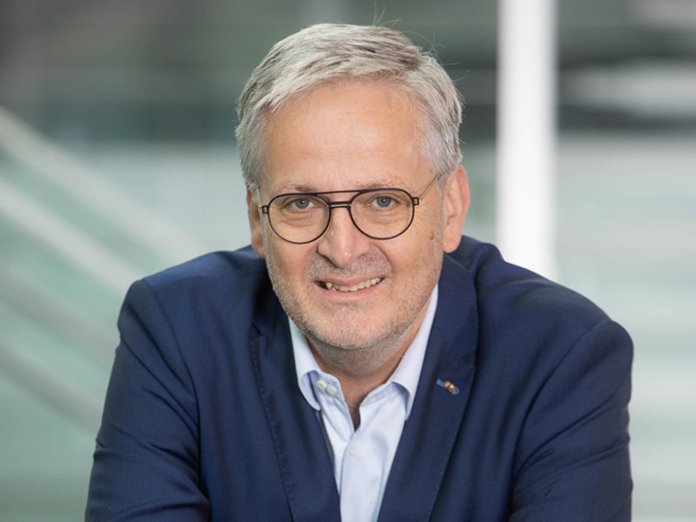 The doctor and Neos-Salzburg health spokesman Dr. Sebastian Huber spoke to the district sheets about the upcoming corona vaccination as well as rumors and fears about the vaccination.

SALZBURG (aho). In the Salzburg state parliament meeting on December 16, the health spokesman for Neos Salzburg, Dr. Sebastian Huber, made strong for an information campaign about the corona vaccine. After all, three to five percent of the population are anti-vaccination or at least skeptical – that was also the case before Corona. “Thanks to the new media, anti-vaccination campaigns are making an infinite amount of wind,” says Huber, who sees his task as a doctor, but also as a politician, in taking a stand against it. We asked the internist directly.

DISTRICT SHEETS: Dr. Huber, some people are concerned about the rapid development and approval of a corona vaccine. How safe are those vaccinations that are coming to the market in a hurry?

DR.SEBASTIAN HUBER: In the development of the corona vaccine, many steps were interlinked. Usually, vaccination needs to be developed before research can begin. This is followed by the first results that are submitted, and then the tedious search for test subjects begins. The tests are statistically examined and checked by international committees so that there is the green light for approval, only then does production begin. With the corona vaccine, a lot happened in parallel: There was money immediately, research was carried out immediately and there were also volunteers who wanted to be vaccinated. In addition, some of the manufacturers have already produced the vaccine or have begun preparations, although approval was still pending – this is a risk for the companies if the vaccine is not approved, but a huge time advantage if it is approved. That is why the vaccine is available so early, but will be as safe as any other vaccine approved in Austria.

DISTRICT SHEETS: How do the various new corona vaccines work?

DR. SEBASTIAN HUBER: With the mRNA vaccine from the manufacturer Biontech / Pfizer, the cell is programmed in such a way that it forms antibodies. This concept is already being used successfully in oncology, for example. It has now been discovered that this variant can also be used against a virus. The advantage is that it is easier to produce in large quantities, but the vaccine must be delivered cold or frozen in puncture vials, which is a logistical effort. This vaccine was essentially created with Austrian participation. For the time being, two batches of the mRNA vaccine have been reserved for Salzburg.
The vector vaccine works like a “conventional” vaccine: Here killed viruses or virus components are inoculated, the immune system recognizes them and produces antibodies or stores the procedure for them. For this vaccine, production is more complex, but the shelf life is better and storage is easier.

DISTRICT SHEETS: Many say they don’t want to be the first to be vaccinated. Are these vaccines already in use in other countries?

DR. SEBASTIAN HUBER: The Biontech vaccine is already being vaccinated in England, and it has also been tested on 18,000 test subjects. A total of 35,000 people were in the test group, including those subjects who received a placebo to compare the results. There has been no death from vaccination. However, as with any other vaccination, side effects cannot be ruled out; it is not a miracle cure.

DISTRICT LEAVES: What side effects are we talking about here and who do they most often affect?

DR. SEBASTIAN HUBER: There are side effects of a local nature such as swelling or pain at the injection site, systemic side effects such as fever or headache are less common. There are very seldom side effects of an organic nature – one of the test subjects had temporary heart rhythm disorders. Side effects are more pronounced in younger patients in particular, as they have a more active immune system. My 16-year-old son would probably have more pain with a vaccination than I, when I was over 50. Basically, people with a serious underlying allergic disease are at higher risk.

DISTRICT SHEETS: According to the Ministry of Health’s “Vaccination Plan Austria 2020”, the probability of serious vaccination damage is one in several million. Can you compare this risk with the risk of a severe course of corona disease?

DISTRICT LEAFLETS: When does vaccination damage apply according to the law? What about “lighter” claims?

DISTRICT SHEETS: There has recently been a decreasing willingness to take Corona countermeasures, for example in the voluntary tests with almost 30 percent participation. What do you do when many people do not want to be vaccinated?

DR. SEBASTIAN HUBER: A 30 percent participation in the vaccination would be a great success for me. When you consider how few people get the flu vaccine and how many die from the flu, it’s terrifying. Of course, you cannot compare the two diseases corona and flu as such, but the vaccination rate here is below ten percent. That is why it is very important that there is serious information about it. According to the Provincial Health Councilor Christian Stöckl, 16 million vaccine doses are being ordered for Austria in order to be able to provide a vaccine for everyone in the long term with the two-part vaccination. The vaccination will also be free.

BEZIRKSBLÄTTER: Is it conceivable for you to be vaccinated in certain areas, for example as a regulation by the employer, by airlines or for major events?

DR. SEBASTIAN HUBER: That cannot be ruled out. We are against it, but we cannot assess the attitude of private companies. Much more important is a comprehensive education and information campaign about vaccination in order to refute the false reports that are circulating. For this we need a solidarity in politics. I don’t want to persuade someone who is strictly against vaccination, but information can bring a higher proportion of voluntary “vaccinates”. In addition, preparations are needed in order to be able to carry out this vaccination on a large scale. In the same way, the vaccination itself must be a low-threshold offer and easily come to those willing to vaccinate, for example in vaccination streets or vaccination buses. It has to be done by the way and be as easy as buying rolls – according to the motto: If I’m already on the way to the supermarket, I’ll get vaccinated right away.

Duchess Meghan: After films & podcast: is this your next project?

News blog about the coronavirus +++ Despite Corona full beaches in...

All bus routes are now in one hand – between Neckar...

Boris Johnson: This is how the Prime Minister wants to lead...

Did we get out of atomic energy too quickly? Discussion...