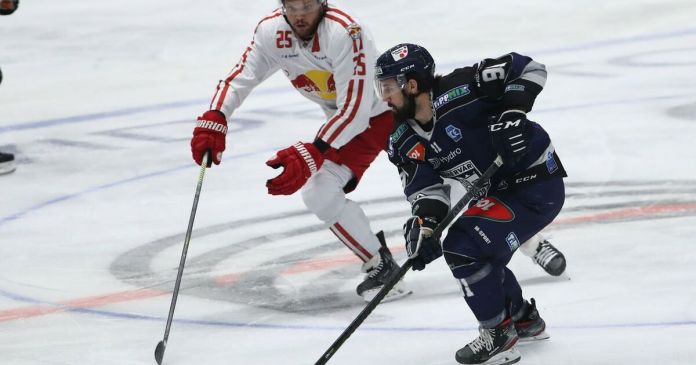 The VSV can still win in their own hall. After four defeats, Villach won the bet-at-home ICE Hockey League against leaders HCB Südtirol on Tuesday and won 2-1 after extra time. The KAC won their 600th home game since the re-establishment in 2000 against the Vienna Capitals 5: 3 and Red Bull Salzburg conceded the second defeat within 24 hours against Fehervar, who caught up with South Tyrol.

Frederik Allard ensured the VSV victory with his goal after 2:49 minutes of overtime. Bolzano suffered their third defeat in the last eight games, but again took a point. Fehervar is tied on points, but has played five more games than the South Tyroleans.

The Hungarians went off the ice as winners one day after the 7-0 victory over Salzburg. The 4-2 win was the seventh in a row for Fehervar, who scored 20 out of a possible 21 points. In seventh place, Salzburg is up to seven games behind the competition. “We have made a good step in the right direction. We are still a long way from where we want to be. But the team appeared as a team again, created really good chances and we can build on that for the next games, “said Bulls coach Matt McIlvane after the match.

Like their local rivals, the KAC also had reason to be happy again after a series of home defeats (3). The Viennese took the lead for the first time in the middle of the second third through Marco Richter to 3-2, but in the final section Nicholas Petersen (47th), Daniel Sticha (58th) and Manuel Ganahl (60th / into an empty goal) provided the 390 . League victory of the KAC in the anniversary match. The Caps had recently won away from home three times.

The Dornbirn Bulldogs overtook them in the table thanks to a 2-0 win against the Graz99ers and are sixth. HC Innsbruck also lost their third duel of the season with Bratislava with 2: 3 after a penalty shootout. A successful streak for the Tyroleans came to an end after four victories.

7-day incidence falls below 75 for the first time in three... Only scant corona aid from the European guarantee fund