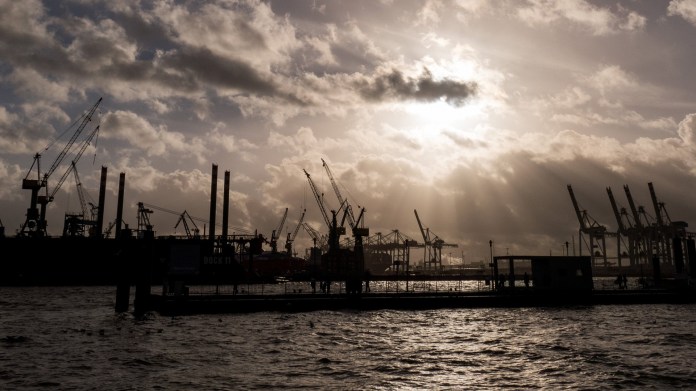 After the Corona slump in 2020, experts believe in a resurgence of the German economy in the coming year. The upswing in China could help.

“ Forecasting is difficult, especially when it comes to the future.” Regardless of whether this quote comes from Mark Twain, Karl Valentin or Winston Churchill: Seldom has it been as fitting as it was during the corona pandemic. The answer to the question of how the German economy will fare in 2021 is correspondingly difficult.

How long will the current lockdown last? Does it have to be tightened? Will there be more lockdowns? How much vaccine can the pharmaceutical and biotech companies supply? When will further vaccines be approved? How willing is the population to be vaccinated?

The answers to all of these and many other questions will determine how gloomy or rosy the view of the future of the German economy will be. That should explain why the economic forecasts of the leading economic research institutes for 2021 diverge particularly widely. And why they have to be corrected again and again. Often down at last.

It was only in December that the OECD lowered its forecast for the growth of the German gross domestic product (GDP) in 2021 to 2.8 percent. The industrial nations organization is thus by far the most pessimistic.

But even the German Institute for Economic Research (DIW) now only expects German economic output to grow by 3.5 percent. At the beginning of December – before the hard lockdown was announced – the Berlin economists had forecast a plus of 5.3 percent.

In their current calculations, they now assume that the hard lockdown will have to be maintained until at least the end of January 2021. A “lockdown light” is expected to follow in February.

“ Mini-Recession” at the turn of the year?

Commerzbank chief economist Jörg Krämer is convinced: “ Germany is threatened with an economic false start at the beginning of the year.” The Institute for Macroeconomics and Business Cycle Research (IMK) of the Hans Böckler Foundation even sees “a certain risk of a new mini-recession” at the turn of the year, i.e. two consecutive quarters of slightly declining economic output.

“The second wave of the corona pandemic deals a noticeable blow to the German economy, but does not overturn it,” says Guido Warlimont, spokesman for the Kiel Institute for the World Economy. The IfW recently revised its forecast downwards by a significant 1.7 percentage points to 3.1 percent.

RWI: Second lockdown not as bad as the first

The RWI – Leibniz Institute for Economic Research is completely different: The Essen economists are expecting GDP growth of 4.9 percent for 2021 and are therefore among the absolute optimists.

“The stable foreign demand and economic policy measures ensure that the German economy is less affected by the current hard lockdown than by the first one in spring this year,” said RWI economic director Torsten Schmidt.

The RWI’s GDP forecast, like all other institutes, is based on a so-called positive base effect: after all, the GDP growth rate results from a comparison with the economic performance of the previous year. And 2020 was particularly weak because of the pandemic.

The comparison of the absolute figures is therefore also interesting: Deutsche Industriebank (IKB) expects that German economic power will not reach the pre-crisis level again until the end of 2021.

Hope for a golden autumn

Most economists agree on one point: the longed-for recovery should only really take hold in the second half of the year. Bundesbank boss Jens Weidmann is relying on private consumption as a factor of hope for 2021. Some consumers should then be able to draw on unlimited resources, as they put more money on the high edge in the Corona year than ever before.

Industry as the driving force?

The export-oriented German industry in particular should benefit from this. Because while the service sector suffers from the current restrictions, industry does not have to stand still. This is a big difference to the first lockdown. German key industries such as automobiles, chemicals and mechanical engineering remain on a growth path. “ Germany should benefit from an industrial boom cycle,” said Rethfeld.

Industry is particularly important for value creation in Germany. According to the World Bank, their share of GDP in 2019 was 26.8 percent. Other sectors such as the hotel and catering industry, which have been hit hard by the current lockdown, only play a subordinate role in terms of overall economic output.

The view beyond 2021 also gives rise to hope. For 2022, all major economic research institutes expect a significant acceleration in growth. But this forecast is also fraught with great uncertainty.

The Bundesbank has calculated a scenario in which the restrictions must be maintained in a weakened form until 2023 – for example because not enough people are vaccinated. The result is as clear as it is sobering: “ Under these conditions, overall economic performance would suffer serious and permanent damage despite even stronger support from public finances.”

Clubhouse wanted to solve problems and just kept getting new ones 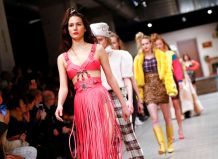