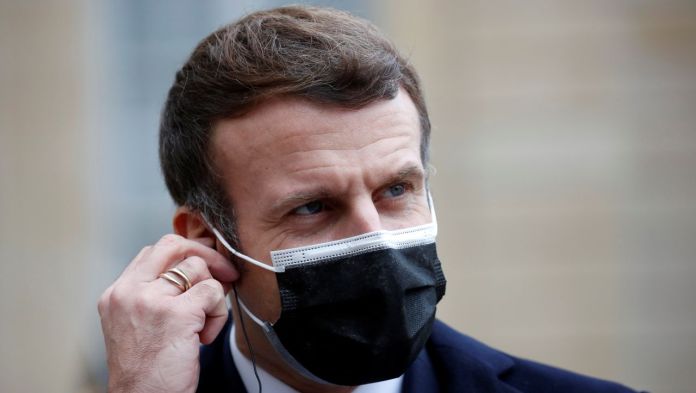 Donald Trump caught it in October, Brazil’s President Jair Bolsonaro fell ill in the summer and British Prime Minister Boris Johnson even had to be treated in the intensive care unit. With Emmanuel Macron, another high-profile politician joins the ranks of those who have been infected with the corona virus. For the first time since his corona infection, the French President has now addressed his compatriots directly.
“I’m fine,” said the 42-year-old in a video distributed via Twitter. “I have the same symptoms as yesterday: tiredness, headache, dry cough. Like hundreds of thousands of you, ”Macron said.
Despite the restrictions, he will continue to deal with important issues such as the corona pandemic or the Brexit trade agreement, promised the president, who has isolated himself in the La Lanterne hunting lodge on the edge of the palace gardens of Versailles since he became aware of his infection.

“Continue to be careful,” he called on the French. He himself adhered to distance rules and the mask requirement and regularly disinfected his hands, said Macron. “Despite everything, I caught this virus, maybe in a moment of negligence,” he added.

Macron promised to keep the French informed of his health. “Normally my condition shouldn’t get worse, but I’m under medical supervision and will be reporting on it with complete transparency,” he said.

The government assumes that Macron could have been infected at the EU summit late last week. Due to the large number of his contacts, however, this is impossible to prove. After Macron’s positive test result became known, a number of top politicians from France and the EU had gone into quarantine as a precaution.

The president warned the French that the virus would continue to spread and stressed that around 18,000 new infections were registered on Thursday alone.

Due to the strict lockdown since the end of October, the number of new infections in France initially fell significantly. All shops have been open again since the end of November, and exit restrictions have also been relaxed. The French are allowed to travel to their families at Christmas.

“Return to Vienna”: painting by Tess Jaray in the Secession

Vaccination against corona: from mRNA to side effects