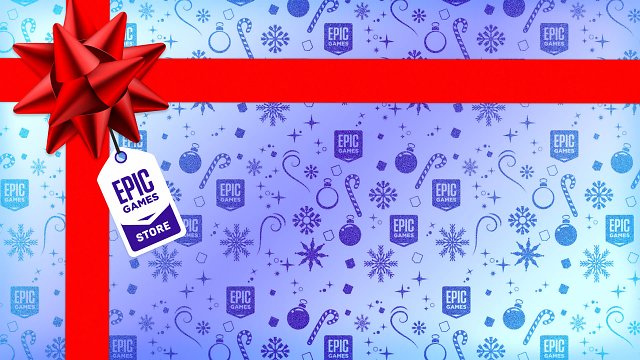 At 5 p.m., Epic Games will ring the pre-Christmas bell and start a holiday sale, which will also be accompanied by a fat giveaway campaign. Every day until December 31. there is a free game, so a total of 15 free titles for the Pile of Shame. You have to secure the respective game within the offer time of 24 hours. And that is important, because otherwise the users have a week to secure the game – now it’s only 24 hours from 5:01 pm to 4:59 pm the following day.

But before the first door starts at 5 p.m., you should perhaps take a look at the current free games Pillars of Eternity in the Definitive Edition and Tyranny in the Gold Edition, two great role-playing games from Obsidian in recent years. Later in the afternoon we will know with which game Epic will open the free round and, as so often, there are some more or less authentic leaks floating around on Reddit. A contribution could provide valuable information about what will be available from 5 p.m. The basis for the possible games is the fact that Epic likes to give away free games that appear in the store. In other words: At the start in the Epic Games Store, the titles initially cost nothing and are only then sold regularly.

In order to publish a game in the Epic Games Store, it needs a special classification, at least in Korea, and this list is now public. The list has proven to be a good source for past free promotions. That could mean that Jurassic World Evolution, Darkest Dungeon, Oddworld New & Tasty or Night in the Woods, among others, will appear as a free game in the Epic Store within the next 15 days. Other lists that are making the rounds and promising The Witcher 3, Far Cry 5, Borderlands 3 or Horizon Zero Dawn among others, sound very unrealistic. At Epic Games, however, you never know exactly how big your wallet is.

A free game EVERY day for 15 days – WOW. And from now on there are two big role-playing games as free downloads in the EpicGamesStore.

Now updated: The well-known off-road sim Mudrunner will be available for free in the EpicGamesStore until next Thursday. And the game for the coming week is also set.

Epic Games vs. Apple: Compare to US civil rights movement by Tim Sweeney

Apple has responded and is offering a lower commission in the App Store from January 2021, but only under certain conditions.

PCGH Plus: Exclusive deals, better conditions for developers and free games for defectors: Epic Games is massively attacking Steam. We therefore took a closer look at the challenger. The article is from PC Games Hardware 04/2019.
more …

Riots in the Netherlands over curfew

Abuses in the meat industry: coalition agrees on stricter rules for...

City of Vienna supports the expansion of chat advice from “Rat...