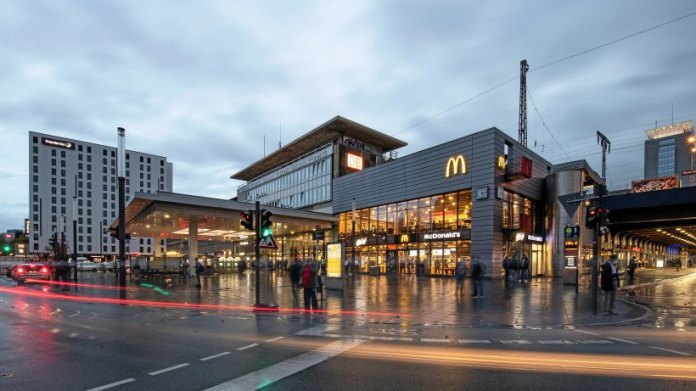 Essen.
A 16-year-old hit and kicked a homeless man in Essen main train station. He lay down next to his wheelchair to sleep.

A 16-year-old is said to have mistreated a handicapped homeless person near Essen main station with a series of kicks in the body and head. The 48 year old man According to the Federal Police, he was attacked in the early morning of Christmas Day after he lay down next to his wheelchair and fell asleep.

From the Video recordings In this area it emerges that the 16-year-old was the victim with an interruption of several minutes altogether 16 times kicked the body and head, as the federal police announced on Saturday.

A 14-year-old companion of the young people is said to have stood by indifferently and watched the outbreak of violence. The 16-year-old from Essen is said to have threatened the victim with a knife and indicated a stab movement against the stomach.

The 48-year-old dragged himself into his wheelchair and probably went into an S-Bahn for fear of further abuse, said a spokesman for the federal police. About two hours after the fact, railway employees became aware of the man who was bleeding from his face and who complained of pain all over his body. Rescue workers took the injured to a hospital.

The young people are already known to the emergency services from numerous crimes at Essen main station, said the federal police. You will be questioned by the authorities in the coming days. It is being investigated for threats and dangerous bodily harm. (dpa)

Car with confused protest message rams gate of the Chancellery |...

Berlin: the actress suddenly makes a strange find on the fence

Congress stops Trump’s withdrawal plans for US military: this is how...

Has the AfD passed its zenith?

“We have ordered more than enough vaccines”