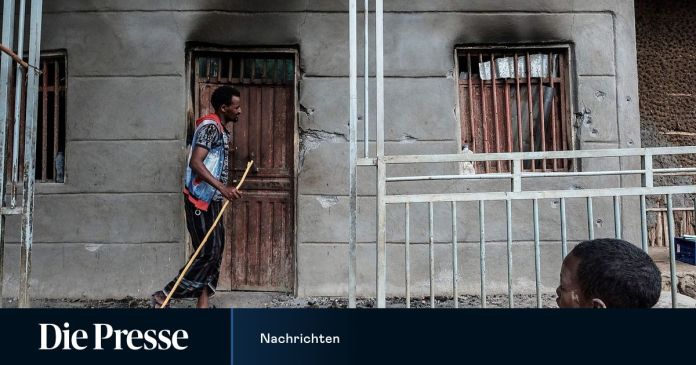 “The days when we go to some Western institutions
waited and nodded in agreement about what we did or did
not, are over ”, declared Minister Zadig Abraha.

An independent international investigation into the weeks of fighting in the Ethiopian conflict region of Tigray is rejected by the government in Addis Ababa. “The days in which we waited for some Western institutions and nodded in approval about what we have done or not are over,” said Ethiopia’s Minister of Democratization, Zadig Abraha, on Thursday at Deutsche Welle.

In their English-language TV talk show “Conflict Zone” he said: “Tigray is now safe, we control every village in Tigray.” The Ethiopians are more united than ever. The conflict wasn’t an ethnic one; He rejected claims of military aid from neighboring Eritrea.

A month ago, the Ethiopian government launched an offensive against the Tigray People’s Liberation Front (TPLF), which was in power in Tigray. Internet and telephone connections were cut, roads were blocked and electricity and water supplies were restricted. The background to the conflict are tensions between Tigray and the central government. The TPLF dominated Ethiopia for a good 25 years until Abiy came to power in 2018 and ousted the TPLF. Many people in Tigray feel that they are not represented by the central government and are demanding more autonomy.

After a month of fighting, an agreement between the UN and the Ethiopian government gave aid workers access to the more than five million inhabitants of Tigray and the refugees living there. Against the background of the conflict, the European Union has suspended part of its aid to Ethiopia.

Steingart’s Morning Briefing: Why Elon Musk is the Sales Representative of...

How did Eren Dinkci come to Werder Bremen? With “blood... The KFConsole promises 4K and 240fps