Journey home instead of semi-finals: The medal dream of the German handball players at the EM in Denmark broke prematurely on Tuesday (December 15th, 2020). The team of national coach Henk Groener failed at 20:23 (12:12) in the main round showdown against Croatia. Instead of entering the medal games of a European championship for the first time in twelve years, a major tournament ended in disappointment again.

“I have no words, congratulations to Croatia,” said the dejected captain Kim Naidzinavicius: “You were better than us in all respects. You deserved the semi-finals more than we did. It was too little of us in all areas.”

Nine hits by the best German thrower Julia Maidhof did not help to reach the semi-finals in Kolding, Denmark. The possible game for fifth place was also missed by the selection of the German Handball Federation (DHB), which collapsed mentally and physically immediately after the break. In addition to Croatia, the still unbeaten European Championship record champion Norway qualified as the winner of the main round group II for the round of the last four. A German women’s team last reached the semi-finals at the 2008 European Championships in Macedonia, when it took fourth place.

The DHB selection was already defeated by world champions Netherlands (27:28) just 24 hours before the Croatian game, but thanks to the 32:25 against Hungary at the start of the hot tournament phase, they had progress in their own hands. The final prerequisites for advancement were clarified immediately before the game. With the Netherlands’ 35:24 against Romania, the DHB women needed a win with at least two goals difference. Not only that made the task against the surprise team more difficult.

While the DHB selection only had one night to breathe between their second and decisive main round game, the Croatians have been able to fully prepare for the duel with Germany since Sunday.

Because the Groener team was defensively stable and initially hit quite safely at the front, it initially worked out a lead. Over the 4: 2 (9th minute), the DHB women fought their way to 7: 5 (14th) and 8: 6 (17th), while Croatia equalized (8: 8/19) while Germany was twice outnumbered. ).

“We have to pull them away from the circle,” Groener demanded of his team in the first break – and by that meant a more flexible approach to attack. There, his team came to success again and again thanks to the safe seven-meter shooter Maidhof, but too rarely through a patient game in position attack. Maidhof scored half of all German goals in the first section of the line. But once again the German team did not take advantage of the clearest opportunities.

Almost ten minutes without a hit

The start of the second half then failed completely. Germany were behind after almost ten minutes without a goal of their own 12:17 (39th) – so there were already seven goals missing to advance. When Maidhof failed for the first time in her seventh meter, all eyes were finally directed downwards.

Bundesliga: Bo Svensson is the new coach at FSV Mainz 05

Pope again cancels participation in ceremonies because of pain attack

Multiple user accounts per device will start on Quest headsets in...

There will be no Apple event on March 16 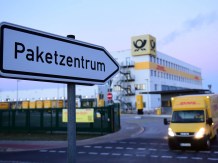