As for the goalkeeper question, the die was cast before the last game of the year. St. Pauli coach Timo Schultz has committed himself: In the home game against Fortuna Düsseldorf, Svend Brodersen (23) will again be preferred over the degraded regular goalkeeper Robin Himmelmann (31) and will guard the goal of the Kiez kickers against Fortuna Düsseldorf. This decision is very important and has enormous consequences. The contractual situation of both keepers is also explosive.

At the latest with the game on Sunday in the Millerntorstadion, it is clear: The goalkeeper change was not a one-off memo for Himmelmann. The demoted veteran is the ultimate challenger. Brodersen now has his fate as number one in his own hands.

If “Schredder” delivers a convincing performance against Düsseldorf after his stable debut against Aue (2: 2), there is actually no reason for Schultz not to leave the aspiring goalkeeper in the box in the new year.

St. Pauli: Brodersen is set for the time being, Himmelmann challenger

Before the game in Würzburg, which ultimately failed, Schultz did not want to commit to a keeper, but before the game on Sunday he clearly did it. “Svend Brodersen will also be in goal against Düsseldorf,” the coach announced. You can understand that as a statement.

Schultz is convinced that Brodersen helps the team more than Himmelmann – and that in a dangerous sporting situation. The decision shows great confidence in the young goalkeeper, who was considering changing clubs in the summer for lack of sporting prospects.

Will Robin Himmelmann take his place back?

Brodersen is the current number one – but is he also the future? Can Himmelmann regain his place? May he?

In this context, it is important that there is virtually no winter break this season. So when Schultz declares that there will be an open fight for the place between the posts before the league starts again in January, then it should be considered that the next game will take place in Fürth on January 3rd, followed by the rescheduled kick against Würzburg (6th January).

Short winter break: Little time for a new fight for the goal

Himmelmann doesn’t have much time to impose himself in the internal competition with significantly better training performances and to outstrip Brodersen – unless he fails against Düsseldorf.

Should Himmelmann actually improve in training to such an extent that Schultz can’t get past him before the game in Fürth, the reverse conclusion could be drawn that the long-standing top dog has not done everything in recent weeks to justify his regular place – at least from View of those responsible.

FC St. Pauli: How does the club plan in the long term in goal?

Criticism was repeatedly heard recently that Himmelmann, with his leadership status and claim, invested too little on and off the pitch and played a decisive role in the sporting crisis. The move to Brodersen also shows a certain disappointment.

The goalkeeper question at FC St. Pauli is not only exciting in the short term, but also of central importance in the medium and long term. Both Himmelmann and Brodersen’s contracts will expire next summer.

Himmelmann and Brodersen: contract expires in 2021

According to MOPO information, it is quite possible that St. Pauli will no longer extend the long-running Himmelmann in order to drastically change the goalkeeper position. The commitment of a new number one had already been discussed last summer.

Brodersen, on the other hand, now has the great opportunity to show those responsible for sport that he has what it takes to be the regular goalkeeper of the Kiezkicker. There had been considerable doubts about that in the summer. It basically has to prove itself twice. In the here and now – and for the future.

In Leipzig: Another top game for Union

Buy PS5: Out of stock after the rush at Mobilcom-Debitel –...

RTL legend has died: family mourns cult presenter – he was... 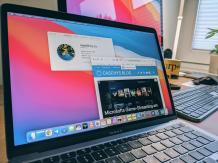 Will iOS app sideloads soon no longer be possible for owners...

SpaceX appears to be taking steps to protect telemetry data after...