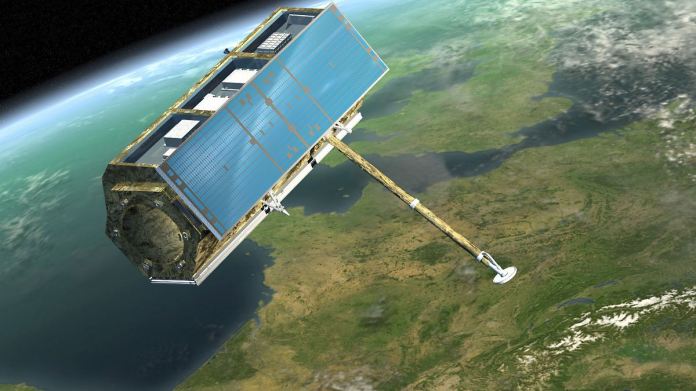 A Chinese arms company wants to take over IMST, a German company specializing in 5G and radar technology. According to the German government, this would result in “real and grave dangers” and contribute to China’s armament. She forbids the business.
The federal government has stopped the takeover of a German specialist company for 5G, satellite and radar technology by a Chinese armaments company. This was reported by the news portal thepioneer.de, citing a corresponding cabinet proposal. This was also available to the German Press Agency. The Federal Ministry of Economics said that the Federal Cabinet had decided on Wednesday to authorize a ban under the Foreign Trade Ordinance.

According to the template, it is about IMST GmbH, based in Kamp-Lintfort in North Rhine-Westphalia, which has particular expertise in the field of satellite / radar communication and 5G millimeter wave technology. According to the submission, the company was to be taken over by Addsino, a subsidiary of the Chinese state arms company Casic, through specially founded, intermediary companies.

A threat to public order or security?

Foreign trade law allows the Federal Government to check whether the acquisition of a German company by a foreign investor poses a threat to public order or security in the Federal Republic. In the case of the indirect acquisition of IMST GmbH, this examination confirmed that the acquisition resulted in “actual and serious dangers” for the mentioned protected goods, according to the submission.

IMST developed a key component for the TerraSAR-X earth observation satellite. The Federal Ministry of Defense bought their data for a three-digit million amount. From this a high-precision 3D elevation model was calculated for military purposes, which is used, for example, in reconnaissance, command, simulation and weapon systems: “Without a prohibition, this know-how would flow to China and contribute to China’s armament.”

The acquisition also jeopardizes Germany’s technological sovereignty in the area of ​​future mobile radio systems, according to the proposal. IMST has been dealing with commercial radio technology for 25 years.

The 5G technology represents a digital key technology. IMST is also of relevance to security for the federal and state police forces. “After completion of the acquisition, IMST would no longer be a reliable partner because IMST would then be under the control of a Chinese armaments company.”

Wendler gives his Laura a luxury Advent calendar – despite bankruptcy

Government in the Netherlands resigns