The top candidate for the Berlin parliamentary elections in 2021, Bettina Jarasch, has called for the fight against organized crime as a whole.

“What is often referred to as clan crime is part of the organized crime that red-red-green has declared war on in this legislature,” said Jarasch of the German press agency. She contradicted the SPD’s top candidate, Federal Family Minister Franziska Giffey, who at the end of November had called for clan crime to be more in focus.

“We have already made organized crime a priority. Perhaps Ms. Giffey has not been involved enough in state politics in the last four years to notice that, ”said Jarasch. “If she has any other suggestions, I haven’t heard them yet.” The Greens politician pointed out that the red-red-green coalition is already in favor of a more specialized public prosecutor and better cooperation in the fight against organized crime Police and judiciary have set up at this point.

“And by doing something massively that hurts organized crime and so-called clan crime the most, namely that we skim money from illegal transactions wherever possible,” said Jarasch. “In this respect I can only say:” Bring the proposals “, but explicitly, and that is the difference: We are concerned with organized crime as a whole – and economic crime is just as much a part of that.”

Giffey had said at the state party conference of the SPD: “We have organized clan crime in the city, it makes life difficult for people.” It is not to be accepted that these people disrupt social peace and the free-democratic basic order with feet would kick. “We have twelve major clans in the city, eight of them are in Neukölln, not only there, but also. We have to state that clearly. ”

News from skiing – Gut-Behrami with best time in training in...

Celebration of love: Sarah Lombardi is completely in love with Christmas

Winter suitability: Porsche is testing for the first time in the... 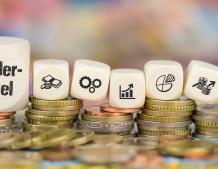 Organic farming is promoted in Germany