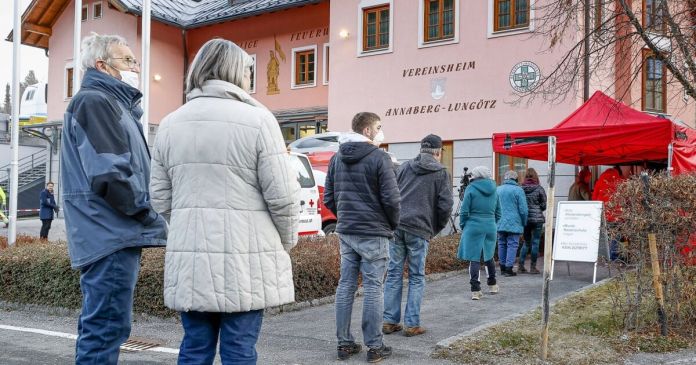 Around 1,400 Annaberg residents were asked to be tested for the corona virus. The test run in the Lungötz district will continue on Wednesday.

“How was it?”, Governor Wilfried Haslauer wants to know from an older woman. She had herself tested for the corona virus in Annaberg late Tuesday morning. “Thank you for being there.”

60 percent participation is the declared goal both for the nationwide first test run in Annaberg-Lungötz and for the mass tests carried out from 11th to 13th December in all Salzburg municipalities.

In the first mood test in Lammertal, the willingness of the population to cooperate is up to expectations …

After the coronavirus vaccination start: this is how it continues

Landing of NASA rover on Mars with livestream