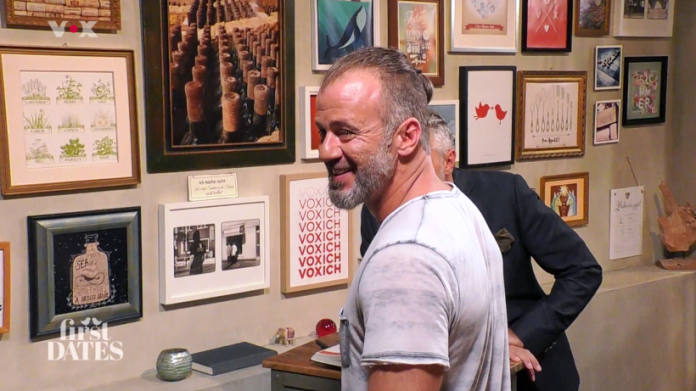 Candidate Sascha states that he does not have a certain type of woman – but that is exactly what benefits “ First Dates“-Host Roland Trettl out to trick the single man.

In a good mood, 45-year-old Sascha comes to the “ First Dates“-Restaurant, describes himself in front of the Vox camera as someone with a“ hard shell, but a soft core ”.

The man from Overath has almost no demands on his “first dates”. He “doesn’t care about his height, hair color and length”. But when Roland Trettl introduces him to his date, he seems to be surprised.

During the conversation with the star chef from Austria, he suddenly interrupts: “There is already someone …” – because suddenly a brown-haired woman is standing in the entrance. The special thing about it: The lady seems to be significantly older than Sascha.

“I was very surprised and thought ‘ Okay, it can’t be'”, he admits in front of the Vox camera.

But the all-clear follows quickly: the woman has apparently got lost and is looking for her daughter’s studio. “ You would probably prefer your daughter …”, Trettl says ironically to Sasche. And the stranger also confirms: “ Yes, of course, she’s younger.”

After Roland Trettl has led the stranger on the right path, he breaks out in laughter with candidate Sascha. “ You got me pretty close,” he admits – and seems relieved.

But the single man would have pulled off the date with the lady as well: “ Honestly, I would have sat down with her at the table and listened to her wisdom.”

Fortunately for him, the 46-year-old Melanie comes around the corner. The two get on so well that they even board the “First Dates” photo box together.

How the date usually goes and whether the singles want to meet again can be seen at 6 p.m. on Vox or in the media library on TV Now. (kv)

Berlin & Brandenburg: Old spouses are attacked one after the other

Why are defendants tested, but deportation prisoners not? – BZ...

Scuffles with the police in front of a radical left demonstration

Price doubling since November: Bitcoin worth over 29,000 dollars for the...