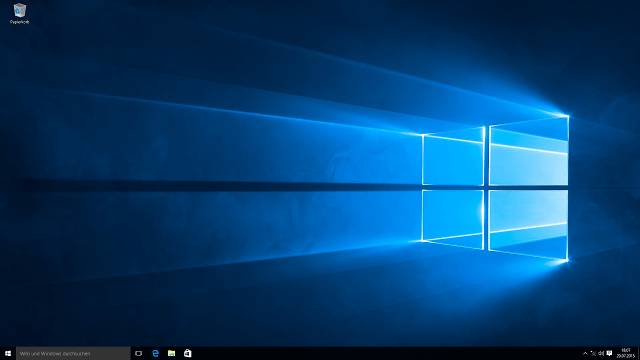 December 22nd, 2020 at 5:45 p.m.
of Norman Wittkopf –
When manually triggering the file system check using a console command, the file system could be damaged under Windows 10 until recently, which has now been fixed by Microsoft with an update.

The manual execution of the file system check of Windows 10 with subsequent error correction via the console command chkdsk c: /f after an update recently made sure that the file system of the system disk was damaged instead of repairing it if necessary, causing affected Windows PCs to say goodbye with a blue screen after a restart attempt. The repair console, which starts automatically by default, or a manual repair of the installation provided a remedy.

As planet3dnow.de reports, Microsoft has now resolved the problem according to the support entry with the number KB4592438 by means of a Windows update, which should also be automatically played out. As Microsoft explains in the support article, the problem affected both Windows 10[AMAZONAUTOLINK] from version 2004 (OS Build 19041.685) and 20H2 (OS Build 19042.685). According to a post on Twitter, the bug that has now been fixed has already been present in various builds of the Insider program for 8 months and was apparently recently also transferred to the normal releases of the operating system update.

In a first test by planet3dnow.com after the announced bug fix, the file system check showed again the well-known blue screen with NTFS error, which could also be due to a time overlap with the deployment of the update. Affected users should therefore, to be on the safe side, double-check in Windows Update before using the said console command for file system check with error correction again.

Admin users noticed a bug in Windows 10 Build 19042.685. Here you can find out what can be done against the defective file system.

Xbox Game Streaming: From 2021 there will also be cloud gaming for PCs and iOS

Can you use Xbox game streaming on Apple iPhones and Windows PCs from 2021? Microsoft has a solution.

Anyone who is currently running Windows 10 in version 1903 must expect the operating system to force an update.

Germany in the Corona crisis: is the Easter holiday canceled again?

Is the World Ski Championships also in danger?

In Germany there is more home baking again

Turkey sanctions: the West is losing patience with Erdogan