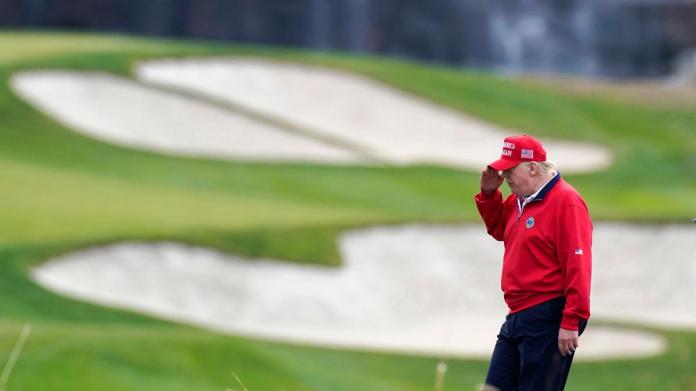 In January, US President Donald Trump is expected to hand over office to his successor. US media are now reporting that Florida residents want to prevent Trump from moving permanently into his golf resort in Mar-a-Lago. Even the secret service is said to have been involved.

Dafter the end of his term in office he could move into his club resort Mar-a-Lago in Florida permanently. According to the US media, however, the residents of the Palm Beach property are apparently opposed to this. Trump must be advised that Mar-a-Lago could not serve as his residence, demanded lawyer Reginald Stambaugh in a letter to the mayor and city council of Palm Beach on Tuesday, as reported by the Washington Post.

A copy of the letter was also sent to the Secret Service. The local “Palm Beach Post” and the “New York Times” confirmed the report. Initially, neither the lawyer nor the mayor’s office responded to inquiries.

According to the neighbors, Trump no longer has the right to permanently reside in the property since an agreement signed in 1993. The agreement was concluded before Trump converted Mar-a-Lago from his private residence into a club, reported the Washington Post. It was stated, among other things, that club members can spend a maximum of three times a year on the property.

A Trump attorney had reassured the city council in the course of the agreement that Trump would not live in Mar-a-Lago, the Washington Post said. “Palm Beach has many beautiful properties for sale, and he can surely find one that suits his needs,” the New York Times quoted from Stambaugh’s letter.

“I would go to Florida and take it easy”

Trump is expected to move to Mar-a-Lago after his presidency ends on January 20. Trump had relocated his primary residence from New York to Palm Beach a little over a year ago and registered the golf club resort as his future permanent residence. Previously this was the Trump Tower in Manhattan.

Since Trump has still not admitted his defeat to Democrat Joe Biden, he has only made hypothetical comments about the post-White House period. “If I lost, I would say I lost and I would go to Florida and take it easy and I would go around and say that I did a good job,” Trump said at an appearance in early December.

Eisenbichler complains during the tour qualification – Poland out after Corona... Network reactions to the resignation of Rivers: JJ Watt with anecdote