A previously astonished Jürgen Klopp had closed his mouth again …

Hansi Flick gets the triple. Champions League. German champions. German Cup. You can’t win more in a year in which there is no World Cup or European Championship finals. Everything should be clear then. Flick, who also only took over Bayern on November 4, 2019, initially from Niko Kovac on an interim basis and this when they were only fourth, led the team to an unprecedented series of successes with 21 wins in a row. That is a German record.

On August 28, the crowning glory for the team: Bayern win the Champions League final against Paris Saint-Germain 1-0. It follows the logical choice in Germany for coach of the year. And then the personal culmination for Flick by being elected world coach? Think!

Flick and Liverpool coach Jürgen Klopp received exactly the same number of votes from the national team captains, national coaches and fans. In this case, the regulations stipulate that the coaches vote. These are then weighted more heavily. And here the cult coach from the Mersey has the edge. Klopp’s track record in 2020: He won the first English championship for the Reds in 30 years. That’s it! It is the second title for Klopp after he won it (as a premier class winner) last year.

Correspondingly, let’s say: irritated, the otherwise jovial Bayern coach appears when Arsenal legend Arsène Wenger reads the name “Klopp” off his note. Flick solidifies to form hydrochloric acid. And shortly afterwards it fades out and no longer fades in.

Bayern boss Karl-Heinz Rummenigge expresses his irritation in the following words: “Of course, we also congratulate Jürgen Klopp on being elected as world coach, but Hansi Flick has won five titles in 2020 and lets you fall in love with football. We know he’s a great coach. Without a doubt, Hansi would have deserved the title. “

Klopp also seems surprised. He says: “Hansi would certainly have deserved it too. I’m not the best coach, but I won the award. “

But how did this amazing choice come about? Well, except for Spain’s Ramos, who voted for Zidane, all the captains of the great nations voted for Flick. So Harry Kane, Giorgio Chiellini, Hugo Lloris and Manuel Neuer. The situation is similar with the national team coaches: Gareth Southgate, Luis Enrique, Didier Deschamps and Jogi Löw voted for Flick. Only Italy’s Roberto Mancini gave his voice to the Liverpool coach.

In general: Europe mostly chose Flick. Klopp won the victory with the votes of the rest of the world. Especially from smaller nations in which the name Flick is still largely unknown. And then it is mainly Commonwealth countries and former British colonies where only the Premier League is watched and counts.

By the way: Neither Cristiano Ronaldo, who deliberately played the insulted liver sausage when Robert Lewandowski was announced as world footballer, nor Lionel Messi as captains of Portugal and Argentina had Klopp in their top three. Both chose Flick. Our Nati captain Granit Xhaka wrote the name Flick on top of his piece of paper, coach Vladimir Petkovic that of Klopp.

Hunted or Protected? Winners and losers in the animal kingdom...

Benefit event: Action for the blackboard and against waste – Stuttgart

Millions of Android smartphones infected: which app you need to remove... 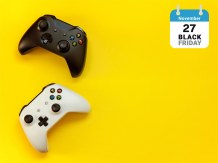 Black Friday Weekend 2020: These are the best Xbox deals