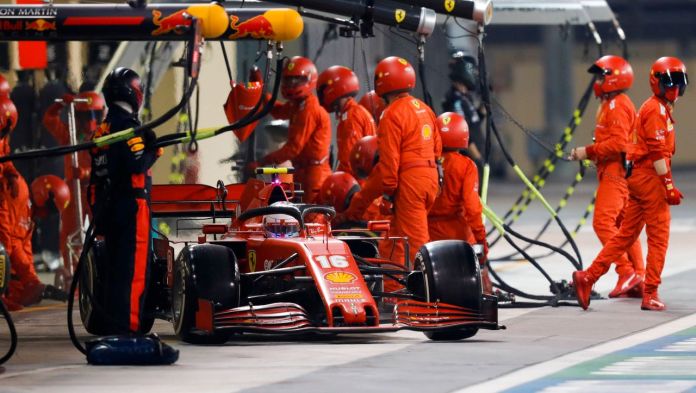 Max Verstappen won the last Formula 1 race of the season. The 23-year-old Dutchman relegated Mercedes driver Valtteri Bottas to second place in the Red Bull on Sunday at the Abu Dhabi Grand Prix. Third was his teammate and world champion Lewis Hamilton. International media wrote about the race:

»Daily Mail«: “Lewis Hamilton continues to dominate, but Max Verstappen and George Russell are waiting in the wings to steal the crown from him.”

»The Guardian«: “Max Verstappen wins the F1 season finale with a perfect drive at the Abu Dhabi GP.”

»The Sun«: »After the end of the F1 season, Lewis Hamilton will concentrate on getting his new Mercedes contract wrapped up. The world champion finished third at the Abu Dhabi GP after Max Verstappen achieved an outstanding win for Red Bull. “

“Sports world”: “Lewis Hamilton wasn’t the same this weekend. After overcoming Covid-19, which prevented him from competing in the previous race in Sakhir, the Briton was not as physically strong as he usually is (…). So the Englishman was more focused on his particular struggle with himself and on finishing the last appointment of the year in Abu Dhabi than on striving for another great result. ”

“Gazzetta dello Sport”: “Vettel says goodbye to Celentano and Ferrari distinguishes him. Everything that remains for Ferrari of this Abu Dhabi GP is a song, the final act by Sebastian Vettel, who turns “Azzurro” into “Rosso”. He has come up with his own text, in Italian of course. And not just a line or two, no, a whole stanza. (…) That shows the commitment that he brought in. In other times the level of the Italian language was a parameter of appreciation and sometimes criticism for the Ferrari drivers. (…) Vettel received a trophy from Ferrari with the 14 victories that he has conquered in red in his six years. Thanks to the Scuderia. For the values ​​and also for the results, which will become even more valuable in view of this terrible 2020. «

»Le Figaro«: “The merit of Verstappen, the black year for Ferrari”

“The Team”: “Max Verstappen’s easy win at the wheel of his Red Bull (…) showed that Mercedes – and Lewis Hamilton – were not unbeatable.”

“Courier”: »Lewis Hamilton was the dominator of the past Formula 1 season. On the way to his seventh world title, he broke several records. “

»Look«: »The shortened Corona season 2020 was characterized by a lot of hectic races – at the end of the season in Abu Dhabi, on the other hand, things remain calm. Max Verstappen celebrates a sovereign start-to-finish victory in the Red Bull Honda. The Dutchman holds the two Mercedes in check. Valtteri Bottas finished second, Lewis Hamilton third. By contrast, all three Ferrari teams should be happy that the season is over. “

Whatsapp message causes a stir! Get rid of it immediately

Buy PS5: console replenishment at Saturn and MediaMarkt – watch out...

George Clooney on Amal: “My wife is way too intelligent for...