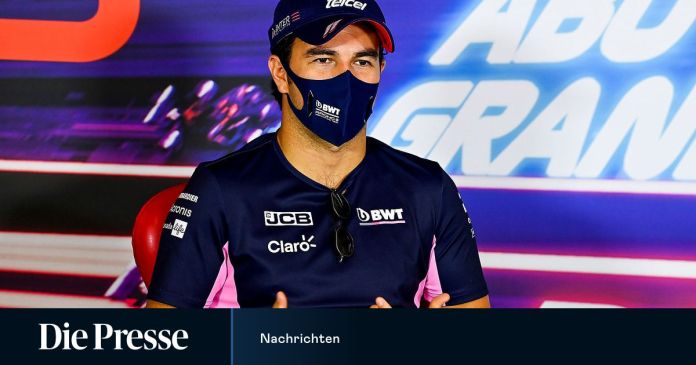 According to media reports, the Mexican Sergio Perez will replace Alexander Albon.

After his removal from the future Aston Martin team, the Mexican Sergio Perez will probably get a Formula 1 cockpit for 2021 after all. As reported by “speedweek.com” from Switzerland and the newspaper “De Telegraaf” in the Netherlands, the 30 -Year-old for Red Bull in the coming season and will become team-mate of Max Verstappen. This would have given Perez preference over the German Nico Hülkenberg, who was also recently traded as a candidate.

The Thai Alexander Albon, this season in the team alongside Verstappen, is reported to be the substitute driver after an unsatisfactory season. The personnel is supposed to be announced on Friday.

Perez has so far taken part in 193 Formula 1 Grand Prix races and celebrated his first victory in the penultimate race of the season in Bahrain. His previous positions were Sauber, McLaren and Force India and its successor racing team Racing Point.

Albon couldn’t use the chance in a top team this year. The 24-year-old was significantly slower than Verstappen, made mistakes in series and, with seventh place in the overall standings, fell short of expectations. Verstappen took third place in the World Championship and celebrated race victories in England and Abu Dhabi.

Suspected fraud – Ministry stops payments for the time being

The number of Berliners with basic security continues to rise