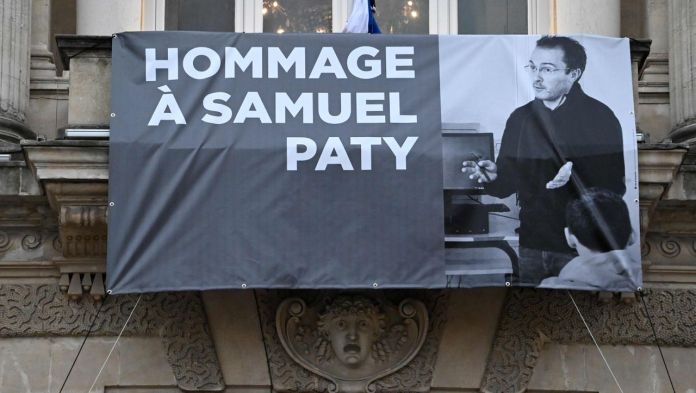 “This text is not a text against religions.” This was made clear by France’s Prime Minister Jean Castex immediately after the adoption of a new law on the fight against Islamism. But it is a law against extremist currents, said Castex after the cabinet meeting in Paris.
Against the background of the recent terrorist attacks and tensions in the suburbs, the French cabinet and head of state Emmanuel Macron passed the new bill on Wednesday to “strengthen republican principles”. For example, it is intended to facilitate the dissolution of associations that question the values ​​of France. Threats or intimidation against officials should be punished. Hate calls on the Internet should also be punished more severely and foreign influences limited to mosques. Prime Minister Castex said this was intended to put a legal stop to the “dangerous ideology … of radical Islamism”.

The law comprises more than 50 articles and has been discussed for a long time. Against the background of the recent terrorist attacks in the country with several deaths, it is now of particular importance. In mid-October, for example, the teacher Samuel Paty was cruelly killed in a Paris suburb by an alleged Islamist violent criminal. Shortly afterwards, a suspected jihadist killed several people in a church in Nice.

An article in the new law provides, among other things, for up to three years imprisonment and a fine of 45,000 euros for anyone who “puts someone else’s life at risk by disseminating information about their private and family life or their job.” It targets cases like that of the slain history teacher Paty – his name was published on the Internet after showing cartoons of Mohammed in class. His name and school were also published on the Internet. Opponents of the project fear, however, that the “Paty paragraph” could also criminalize criticism of the government or the police.

The main features of the proposal go back to President Macron. The head of state had announced tougher action against Islamist groups in early October. He also wants to make French mosques more independent of countries like Turkey, Saudi Arabia and Morocco. To this end, mosques or Islamic associations must make donations over 10,000 euros more transparent in the future.

The Turkish President Recep Tayyip Erdoğan had therefore sharply criticized Macron. The law is also likely to reduce the influence of the Turkish umbrella organization Ditib in France, which sends imams as well as money. Ditib is also criticized in Germany for its proximity to Erdoğan.

The government presented its plans for the 115th anniversary of the law on secularism, which regulates the strict separation of church and state in France. In the future, in addition to state officials, private employees in the public service will also be subject to the principle of “neutrality”. According to Interior Minister Gérald Darmanin, this means that “religious signs” such as headscarves are forbidden for female bus drivers, or that airport employees are not allowed to represent “sectarian” beliefs.

In addition, prefects should be able to ban religiously motivated practices within 48 hours. Darmanin cited separate swimming pool times for women and men as an example: Such a regulation was “not compatible with the values ​​of the republic,” he emphasized. Home schooling for religious reasons or “virginity certificates” from doctors should also be prohibited.

According to a survey, the French government is reacting to widespread fears in the population: 88 percent expressed concern about Islamism, 58 percent even “very concerned”. The ongoing trial against those responsible for the attack on the satirical newspaper “Charlie Hebdo” almost six years ago has also drawn attention to the subject.

Is the Blu-ray player obsolete?

Corona: Can the vaccines from Biontech and Moderna be mixed?

New details for implementation on the Xbox Series X | S

Spanish Flu and Covid-19 – The striking parallels between the pandemics...

Haus Stemberg among the top restaurants in Germany according to the...