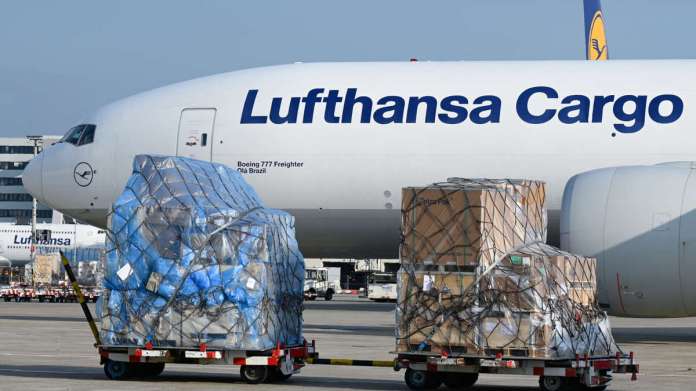 Lufthansa delivered around 80 tons of fruit and vegetables from Frankfurt Airport to Great Britain on Wednesday. The freight should bridge bottlenecks.

Frankfurt Airport – In Great Britain are emptying due to travel restrictions as a result of the Corona-Pandemie the shelves. The Lufthansa now has an aid flight from airport Frankfurt carried out.

Fruit and vegetables by Lufthansa flight from Frankfurt Airport

The Boeing 777F freighter with the registration D-ALFH took off at 1.34 p.m. under flight number LH8532 from airport Frankfurt and landed about an hour and a quarter later at Doncaster Airport in the north of England. According to the company, there were around 80 tons of cargo in the form of fruit and vegetables on board. The goods are intended for grocery stores from chains such as Tesco and Sainsbury’s, among others, according to a spokeswoman for Lufthansa Cargo on request says. Accordingly, the goods should be brought directly to the supermarkets after landing on Wednesday afternoon (23.12.2020). As the Lufthansa reports, it is already being checked whether further cargo flights of this type are possible in the next few days. Passenger planes could possibly also be used for pure freight deliveries, it said.

We are sending a @BoeingAirplanes B777 Freighter to Doncaster Sheffield @DSA_Airport. On board: 80 tons of fruits and vegetables. @Lufthansa_Cargo is currently examining whether additional special cargo flights can be offered during the next days. Watch # LH8352 on @flightradar24 pic.twitter.com/mpvCQA7Mgz

Lufthansa Cargo usually only takes off intercontinentally from Frankfurt Airport

Usually it flies Lufthansa Cargo Deliveries to the UK in the bellies of passenger planes, said the company’s spokeswoman. However, due to the discontinued passenger flights, this is not to the same extent as without Corona-Pandemie possible. The organizational effort was considerable. “Otherwise we don’t fly to Great Britain on a freighter. Of course, everything had to be organized. These are things that have to be resolved within a few hours, ”said the spokeswoman. Because the perishable goods had to be delivered promptly. Therefore, a speedy coordination with those responsible is on airport Frankfurt and at the UK airport.

Effects of the coronavirus also at Frankfurt Airport

The reason for the unusual action is that it is tense Corona situation in Great Britain. For example, freight transport from France – the most important delivery route for the island – is currently only possible overland if truck drivers have previously been tested for the corona virus. Around 3,000 trucks are therefore already backing up on the British side of the English Channel. However, according to the International Road Transport Union (IRU), tests currently take around 30 minutes per person. So the backlog could not be resolved, said a spokeswoman for the IRU of the BBC. As well on airport Frankfurt the effects of these measures had become apparent. Among other things, 120 passengers had to stay there overnight.

The Lufthansa delivery from airport Frankfurt but is probably just a “drop in the ocean”. Great Britain imports around half of its fresh vegetables and most of its fruits, both mainly from the EU. According to the British retail association British Retail Consortium, further bottlenecks could arise. That would include eggs, rice, soap and toilet paper. (Marcel Richters)

Munich: rape with wolf mask – man is said to have...

Exhibition “Cybernetics of the Poor” in the Kunsthalle Wien 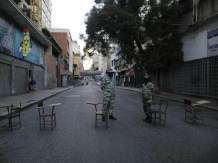