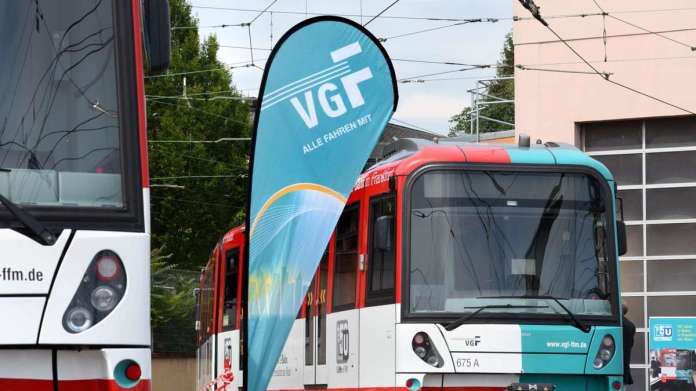 Between Frankfurt-Riedberg and the Oberursel district of Weißkirchen there is one thing above all, besides the motorway: fields as far as the eye can see. But that could change in the coming years: The Frankfurt transport company (VGF) wants to build a new depot in the north of the city – and the area between the street Am Weißkirchener Berg, the Autobahn 5 and the subway route is a possible location .

“As things stand”, stressed the Frankfurt traffic department head Klaus Oesterling (SPD) to the FR, “this area is the favorite”. Further locations are currently being checked at the old Kalbach / Bonames airfield, on the Pfingstberg between Harheim and Nieder-Eschbach and north of Nieder-Eschbach. “These four areas made it into the preselection,” says Oesterling. However, “it cannot be ruled out that others will join in”. The head of department expects the site surveys to be completed in around two years.

It should take a lot longer before the new depot arrives. “We need the location in the north when the gap on the U4 line between Bockenheim and Ginnheim goes into operation.” This is expected to be the case in 2030.

Several requirements that the city and VGF have of the location for the new depot apply to the area near Weißkirchen. For example, the distance to residential buildings is large enough to avoid noise pollution for residents, explains Bernd Conrads, head of VGF corporate communications. In addition, the location covers the space requirement of around 22 hectares – which roughly corresponds to the size of 30 soccer fields. Its close proximity to the route of the U3, which runs parallel to Rosa-Luxemburg-Straße in this last corner of the Frankfurt district, also makes the area attractive because of its location in the local transport network and the possibility of minimizing empty runs.

Another requirement, namely to be predominantly flat, cannot be fully met by the surface. “That’s not exactly true,” explains Conrads. “But the criterion is also ‘as flat as possible’.” Whether the area is ecologically suitable, for example with regard to drinking water protection and the fresh air corridor, is “subject to review,” as the company spokesman continues.

For the railway depot opened in Heddernheim in 1910, however, the new depot could mean the end. “It is conceivable that a new depot in Heddernheim will be closed at the time of commissioning,” reports City Councilor Oesterling. The social democrat promises that the area could then possibly be used for residential construction.

Italy postpones the opening of its ski lifts to January 18th

Apple users bought apps for $ 540 million in one day

“Germany’s next top model”: Where is candidate Sara?