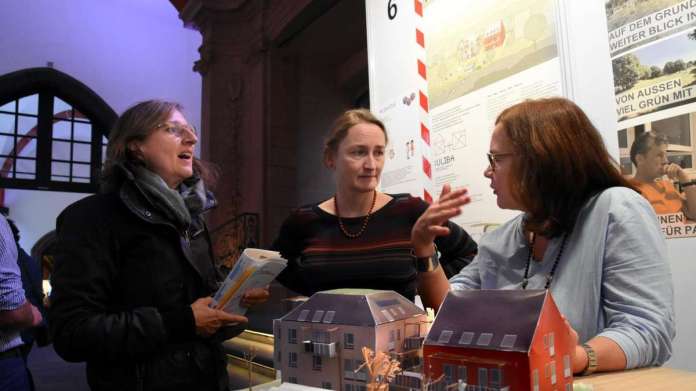 The city commissions an appraisal for a cooperative real estate agency. It should become a contact point for homeowners who care about their tenants.

They should exist, the homeowners, who do not want to get the greatest possible profit from the sale of their property. But what is important to them is that their tenants can stay inside, on constant and fair terms. So far, however, there is no point of contact; the city now wants to work for it. Because when tenants turn to them in desperation, it is usually too late, explains Cora Lehnert, director of the housing cooperative in Frankfurt.

“Especially in the city center, after the sale, there are often displacements and rent increases,” says planning department Mike Josef (SPD). The higher the price, the less likely that it will be rented on fair terms. Usually that is also the reason why neither the city nor the cooperative can strike.

Last year, 394 apartment buildings were sold in Frankfurt, reports Josef. Very few of them have had their property transferred in a socially acceptable manner. That could be achieved by a cooperative real estate agency (Gima). The city has therefore now, together with the Frankfurt housing cooperatives and the municipal conversion property development company (KEG), commissioned an appraisal for their establishment. The Frankfurt network advice center for communal living is to create it.

On this basis, the city wants to decide whether and how to participate, said Josef on Thursday when the project was presented. The central question is under what conditions the owners would be willing to sell to cooperatives or tenants, says Birgit Kasper, head of the Frankfurt network. That does not mean that homeowners have to fear negative business, they will orientate themselves on the market value, adds Josef.

Gima must be economically viable

However, the Gima must be economically viable, says Kaspar. Now we will see which instruments the agency needs – as an intermediary. The Frankfurt network has good connections and experience. But it only works if everyone works together and acts quickly.

Robin Mohr from the Frankfurt network explains that Gima would take on the advice and public relations work. And ensure that the idea is better known and bring owners together with experts and cooperatives, for example. Part of the preparatory work is also thinking about how to reach the homeowners, says Kasper. Via their networks, local advisory boards, but they also want to talk to the Haus und Grund association. In addition, there is now a website.

And are there enough landlords who are so socially minded? In our experience and perception it is, says Kasper, the Gima is nevertheless an experiment. The real estate agency won’t solve the big housing problem, says Josef, but it is a small cog. “And we have already received corresponding applications.” There is already a Gima in Munich that has been operating successfully for more than ten years.

It is important to mention that the Gima will not create a new housing association and that it will be oriented towards the common good, affirm the coordinators: inside. But it is also clear that if a cooperative buys a house, tenants must become members, explains Lehnert. But in the end, this would give them a permanent right of use and the portions to be paid were mostly similar to those of a deposit.

The report will be financed from the city’s pot for cooperative living, said Josef. The city councilors will have to vote on it next year after the summer break.

Information is available at www.gima-frankfurt.de.

Podolski attacks Reif because of the “Young Turks” saying

Christmas weather in Berlin and Brandenburg: No snow, but rain –...