Free parking all over Berlin: Due to the Corona crisis, parking space management is to be completely suspended by March next year!

This is what the CDU parliamentary group demands. And has submitted a corresponding application (there is BZ) to the House of Representatives. “The revenue losses of the districts are to be compensated for by the state of Berlin,” it says.

No ticket and therefore no tickets!

“We should deploy the employees of the parking area surveillance where they are now needed much more urgently,” warns CDU traffic expert Oliver Friederici (50). Namely to support the “health authorities in the important task of contact tracking” as well as to guarantee the “controls of the infection protection regulation”, it says in the CDU application.

Friederici: “A contribution to fighting pandemics can now be made here that is significantly larger than a parking ticket!” There are over 440 so-called parking area monitoring forces (PRK) in Berlin. Most in Mitte (149), followed by Pankow and Friedrichshain-Kreuzberg (77 each) and Charlottenburg-Wilmersdorf (73). Mitte alone has recently received 6.8 million euros through its parking surveillance.

►53,000 False Parkers in Berlin did not pay tickets

► In the middle there is a ticket every 48 seconds

Tracking corona contacts instead of writing tickets – what does Interior Senator Andreas Geisel (54, SPD) say about the CDU application? “We as the executive don’t have to comment on that,” said Geisel’s spokesman Martin Pallgen to the BZ

At the same time, he points out that since November already 60 employees of the parking area surveillance have been relieving the general security service “with the control of the infection protection regulation”. “It should be 240 in total,” said Pallgen. And the health authorities have also been supported by 100 junior employees since November in tracking contacts – for three months initially.

“That is by no means enough in the fight against the corona pandemic,” says Friederici. “Because in order to control the mask requirement in pedestrian zones and the observance of minimum distances – for example at snacks – as well as the contact tracking we urgently need every woman and every man from the parking lot surveillance!”

The tourism virus leaves the new railway hanging between Weggis and...

Lena Meyer-Landrut, very indignant: “Nothing to do with freedom of expression!”

Cancer: is Vladimir Putin seriously ill? The successor should already... 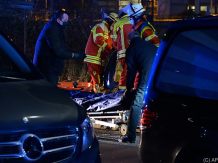 Last second rescue: boy climbs into the garbage can and is... 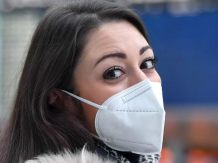 Hofer: FFP2 masks from Thursday at a bargain price – Coronavirus...