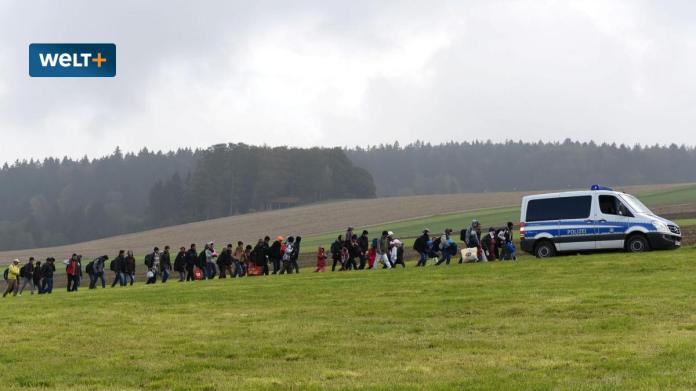 “One million immigrants in Hartz IV” – is Friedrich Merz right?

Friedrich Merz causes a stir: Without the immigration of 2015 and 2016, “we would have a million less Hartz IV recipients,” the CDU chairman claims in a round of applications on the subject of poverty in Germany. Is his number correct?

FThe former Union parliamentary group leader Friedrich Merz is responsible for the controversies department among the three candidates for the CDU party chairmanship. So it was no surprise that in reporting on an election campaign event in which Merz, North Rhine-Westphalia’s Prime Minister Armin Laschet and ex-Environment Minister Norbert Röttgen answered questions from the party base, a statement by Merz was most strongly taken up: “If we can Had it not had immigration into the social systems in 2015/2016, we would have one million less Hartz IV recipients. That is part of the full picture of the debate. Unfortunately, it is often enough suppressed, ”said Merz on Monday evening when the differences in prosperity in Germany were discussed.

The order of a million sounds enormous – is it right? A look at the figures from the Federal Employment Agency shows that the dimension roughly corresponds to reality. Exact information on the social benefit receipt of immigrants after the year of their entry is not collected in Germany, but the Federal Employment Agency evaluates the statistics by country of origin.

According to the latest version of this evaluation last August, there were a total of 5.52 million “regular benefit beneficiaries according to Social Code II” in Germany who are colloquially referred to as Hartz IV recipients. Of these, 2.02 million people did not have a German passport. And in this group of people, the Federal Agency assigns 980,000 people to the category “countries of origin of asylum”.

Now this order of magnitude comes very close to the number of one million additional Hartz IV recipients mentioned by Merz – however, several characteristics of the statistics have to be pointed out: With this group of “countries of origin of asylum” the statisticians of the Federal Agency are only trying to give a reasonably good approximation in order to determine the labor market success or the social transfer receipt of foreigners who immigrated through the asylum system. This includes citizens of those eight countries from which a particularly large number of asylum seekers came in recent years and which have relatively few other immigration routes to Germany. These are the eight states of Syria, Afghanistan, Iraq, Nigeria, Eritrea, Iran, Pakistan and Somalia.

The “countries of origin of asylum” category now also includes citizens of these eight countries who did not immigrate in 2015 and 2016, ie at the height of the migration crisis – but before or after. Since 2013 until today, more than 100,000 asylum applications have been made annually, far more than in previous years and in most of the years since the Federal Republic of Germany was founded. However, it is not possible to exclude the social transfer recipients who immigrated from these eight countries before or after the peak of the migration crisis.

On the other hand, the 980,000 beneficiaries from the eight “countries of origin of asylum” do not include many foreigners who immigrated to Germany at the height of the migration crisis in 2015 and 2016. For example, citizens from the quantitatively significant countries of origin of asylum seekers such as the six countries of the Western Balkans, for which the Federal Agency currently records a total of 122,000 persons entitled to standard benefits in the Federal Republic. There are also citizens from Turkey (234,000) and other non-European countries (195,000).

It is often forgotten that in 2015 more asylum applications were submitted by Albanians and Kosovars in Germany than by Iraqis and Afghans. Syria has consistently been the most important country of origin for asylum seekers since 2014. According to the Federal Employment Agency, 576,000 beneficiaries live in this country alone, which was devastated by Islamists and the Bashar al-Assad regime.

These beneficiaries include not only the unemployed, but also their children or so-called top-ups – i.e. low-paid or marginally employed people who receive additional social benefits in order to reach their subsistence level. Although the majority of asylum seekers find employment after a few years, they are very often helper activities and only a small proportion undertake vocational training.

For this reason, efforts have been increased in recent years to win refugees for apprenticeships. The so-called entry-level qualification, with which employers can get an idea of ​​the skills of potential apprentices over a period of six to twelve months, has been opened up to refugees and to rejected asylum seekers with tolerance. For this purpose, companies can apply to the Federal Employment Agency for grants or socio-educational support for young people in need.

In the next stage, after signing a training contract, companies can apply to the employment agency for assistance for refugees in need of assistance. In order to counteract language and educational deficits, employees of the Federal Agency develop individual packages of measures. These are implemented by external training providers and their costs are borne entirely by the job centers. The federal authority can also subsidize half of the training allowance under certain conditions.

Unfortunately, the chances of secure and adequately paid jobs have not increased during the Corona crisis.

First information: This is how the mass tests work – Coronavirus